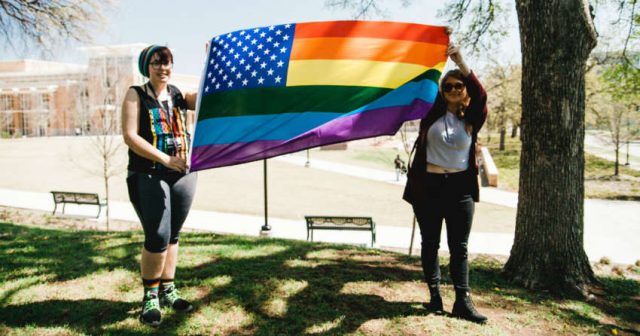 IDAHOBIT (International Day Against Homophobia, Biphobia, Intersexism and Transphobia) returns on 17 May.

Advocates chose the date to commemorate the day in 1990 the World Health Organization stopped listing homosexuality as a health-related diagnosis. Around the world, IDAHOBIT has been celebrated since 2004.

Maybe you’re already marking the day in your own way. However, if you need suggestions for some simple, impactful gestures that might make a difference, read on. You might be surprised by how small actions can have huge consequences. 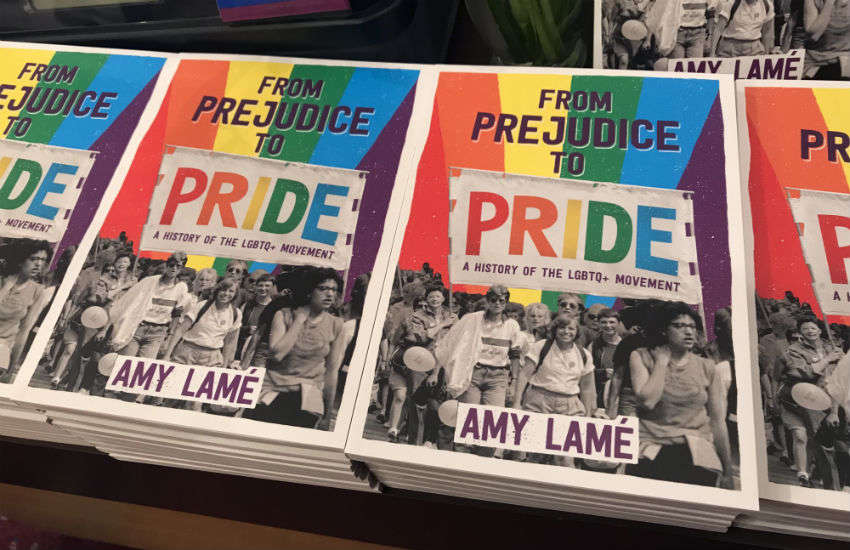 Did your old school library have any LGBTI-inclusive books when you were there? Chances are, it didn’t. And with limited school finances, it may well not be top of its priority list. However, most schools welcome donations.

Find a book suitable for kids and send it to your school, with a letter explaining why you’re sending it.

From Prejudice to Pride: A History of LGBTQ+ Movement, by Amy Lamé, is aimed at those aged 11+ upwards, and takes a look at the advancement of LGBTI rights over the last 50 years.

It’s been out for a couple of years in hardback and just came out in paperback. Young LGBTI people will find it an inspiring read while it also educates others on the struggles we have faced.

Want to go even younger? The Lion Inside a beautiful new book by Mark Loewen aimed at young kids, while Let Me Out is a new pop-up book about coming out by Omid Razavi. Raven Wild is a forthcoming trans fairytale that recently smashed fundraising records on Kickstarter.

And Tango Makes Three, about a pair of gay penguins, is now regarded as something of a classic for younger readers. 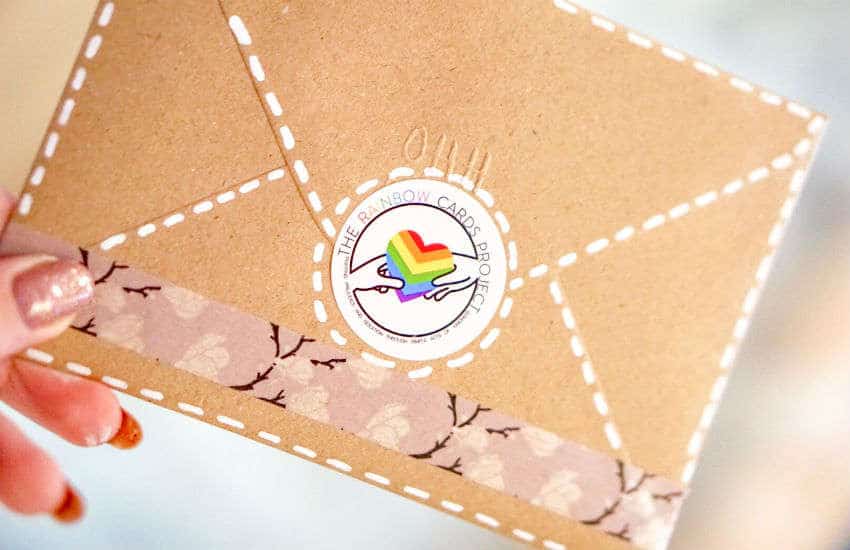 Launched in 2017, the Rainbow Cards Project is a unique, small, grassroots project run by an activist in the UK. I

Its aim is simple: to send cards to those whose families don’t send them cards.

‘Unfortunately, too many LGBTQ+ people face prejudice, ignorance and sometimes even outright abuse from their family, simply for being who they are,’ says a statement on its website.

‘These people are often ostracised and outcast by their family, and not receiving a card on their birthday or during the holidays can be a very clear and upsetting statement of rejection, especially during these times that are supposed to be so full of love.’

The project now sends card to countries as diverse as Saudi Arabia, Mexico, Russia, Nicaragua and India, as well as the US and UK. Recipients can state if they don’t want anything LGBTI related mentioned in the cards they receive.

People can register to receive a card, or can send a card via the details on the site. Alternatively, they can just donate to help the operation to continue running. What could make for a more perfect gesture for IDAHOBIT?

Whether we are on the receiving end of it or not, many of us have overheard others making bigoted comments.

Have you always challenged the person making those comments? If you saw someone being bullied or picked upon, did you speak up? Or pretend to ignore it?

If you feel safe to do so, casually letting someone know that you don’t appreciate the language they’re using can be enough to make them think twice before using it in future.

British charity Stonewall used that idea as the basis for the ‘No Bystanders’ campaign it launched earlier this decade.

There are many, many advocacy groups you can follow. All Out is one that reacts quickly to events on an international scale, often coordinating petitions, demonstrations, fundraisers and offering advice for other ways you can take help. 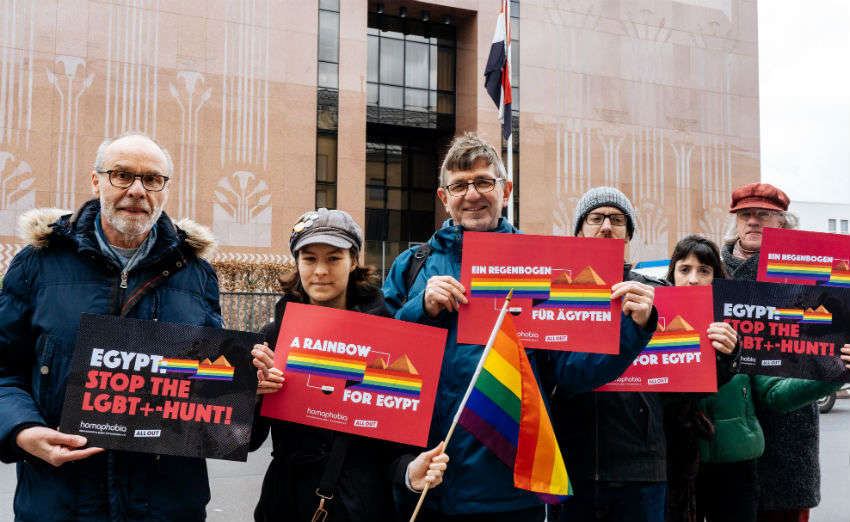 All Out supporters in Berlin, Germany in March 2019 (Photo: All Out/Facebook)

Supporting advocacy groups brings change. Just recently, international pressure has prompted the Sultan of Brunei to announce his country will not implement the death penalty for gay sex, while Brazil’s anti-gay President Jair Bolsonaro pulled out of a planned trip to New York City when campaigners pressured organizations and businesses not to host him.

Organizations such as HRC, GLAAD and Stonewall will also keep you abreast of ways to become active in the US and UK, while Canada’s Rainbow Railroad does amazing work helping LGBT people facing persecution in their home country to reach safety.

Most countries in the world will have their own local advocacy group: do something to support yours this IDAHOBIT.

Visibility matters: It may not seem much to post an image to Instagram or Facebook kissing your partner or holding their hand, but to a queer kid out there, it can be hugely reassuring to know they are not alone. 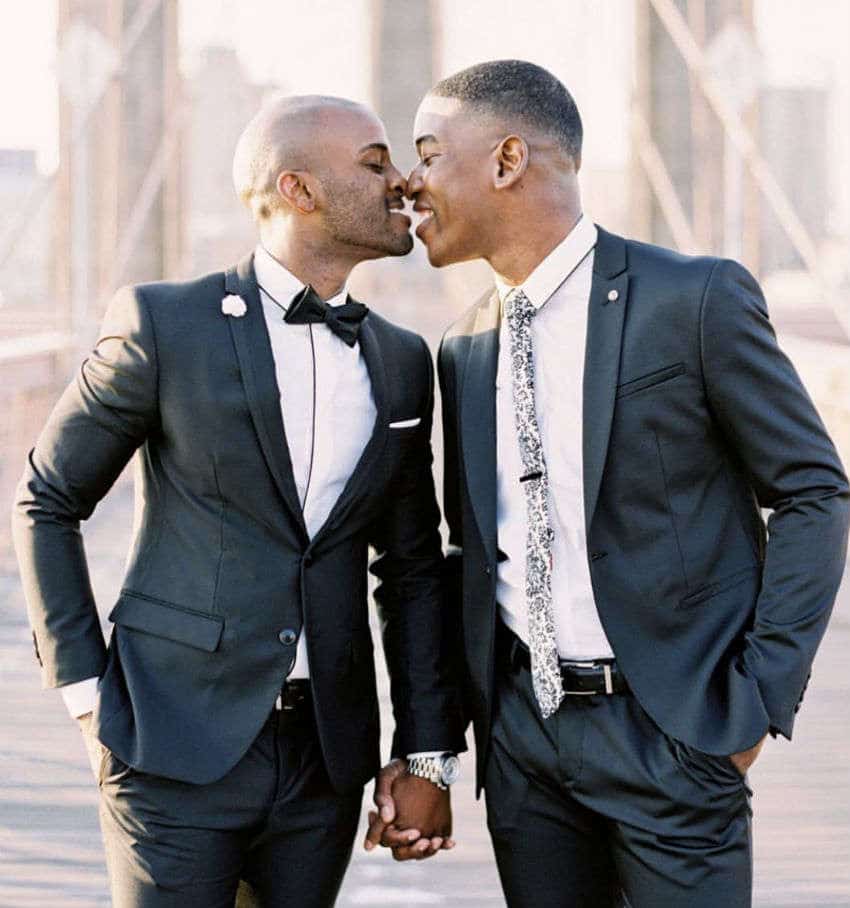 Whether gay, bi, intersex or trans, sharing something of your story and reminding the world of the prejudice we continue to face, is a small but valid way to mark IDAHOBIT.

Is your school doing anything to mark IDAHOBIT? Will your employer be posting about it on social media?

By the time you read this, it may be too late to organize a workplace event for this year, but you can still make your work colleagues aware via email or internal messaging system.

Collect donations for an LGBTI cause, put up a rainbow at work, or download and share a poster from the IDAHOBIT website – which offers resources for anyone organizing an event or at school. 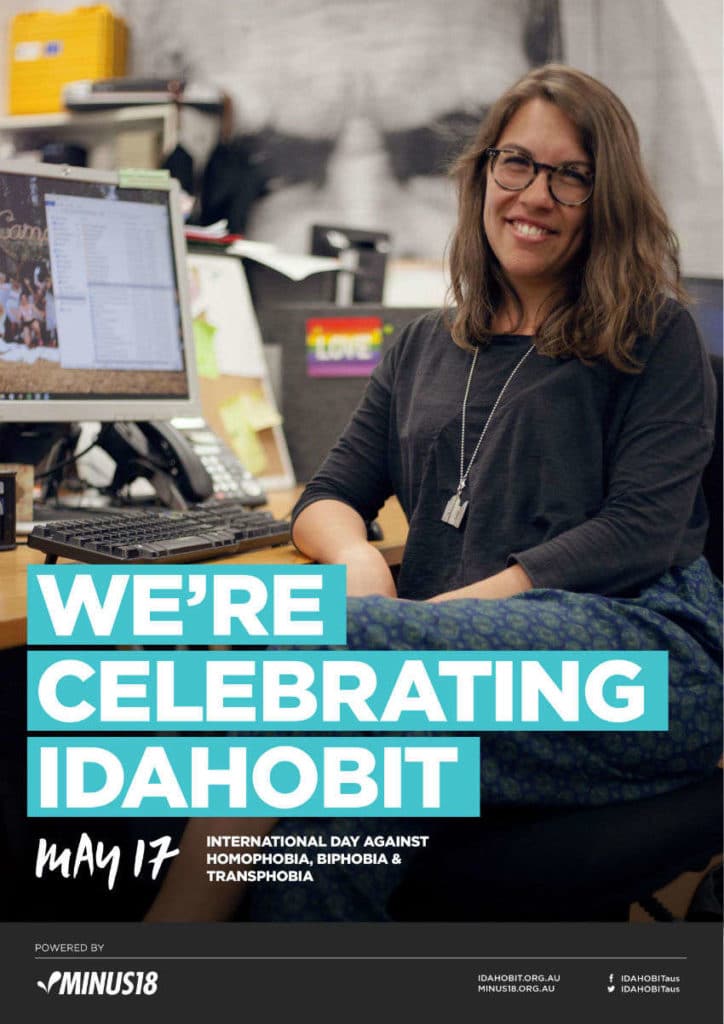 Remembering the gay bar inferno most people know nothing about

Europe is backsliding on LGBTI rights – but which country is the worst?