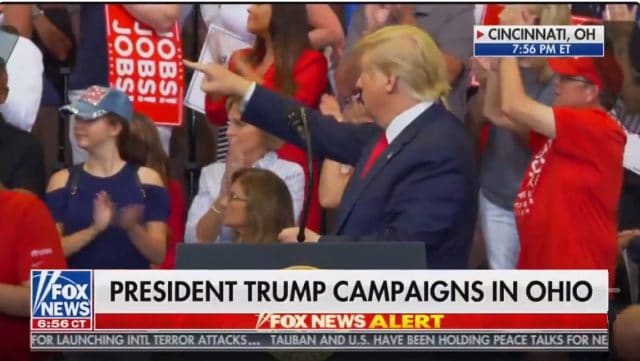 While touting his work on criminal justice reform at Thursday night’s rally in Ohio, President Trump turned toward a group of black supporters in the crowd and pointed before clapping for them.

Trump then pointed at a group of black supporters in the crowd and began clapping for them.

“The president and his supporters literally just turned to a group of black supporters and clapped for them as the president talked about African Americans benefitting from criminal justice reform,” she added.