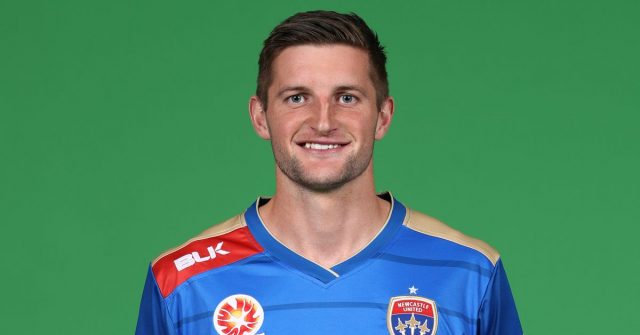 Andy Brennan, a pro soccer player in Australia, has come out as gay, the first for the sport Down Under.

”It’s taken me years to get comfortable saying this — I’m gay,” Brennan, 26, wrote on Instagram.

”I was scared it would affect my friendships, my teammates, and my family. But the support of the people around me has been so great and helped me get to the final step; being completely open.

Brennan had played for the Newcastkle Jets in the A-League, the highest division in Australia. He now plays for Green Gully in a lower division.

Brennan told the Herald-Sun newspaper that his decision was months in the making.

“Six months ago I thought about it a lot, tried to hide it and push it aside because of the way I thought it would be perceived by many,’’ Brennan told the paper.

“It got to the point where I couldn’t waste any more time being in relationships that I wasn’t comfortable in and wouldn’t come to anything.

“You’ve got to realize that’s who you are and you’ve just gotta be who you are, whether you’re gay or whatever, whoever you are.

Brennan joins Collin Martin of USL Championship club Hartford Athletic, on loan from Minnesota United of the MLS, as the only out male pro soccer players. Based on the overwhelming support he received on Instagram, Brennan may be wondering what took him so long.