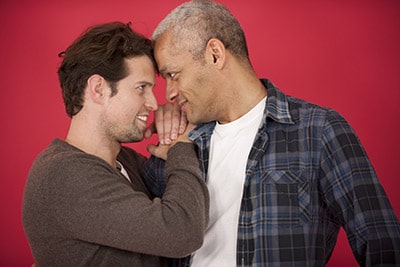 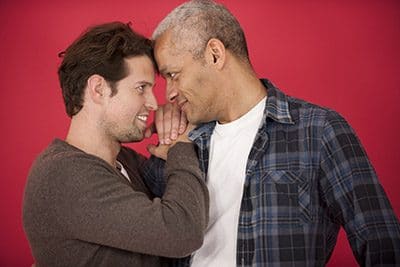 As a Gen X-er who saw my life in movies like The Breakfast Club and Reality Bites, I’ve gleaned much of my knowledge about guys from the next generation by dating them. In the last dozen or so years, nearly all of my romantic interests have been born between 1983 and 1996, which covers the bulk of the era in which millennials were born.

As much as I enjoy the company of gay 20-somethings (and for the record, my dates may skew younger, but most of my good friends were born in the ’60s and ’70s), the under-30s on Netflix’s new Tales of the City revival made me appreciate Anna Madrigal’s and Mary Ann Singleton’s older generations so much more. Pouty presents more dramatic possibilities than party, but what a dreary bunch.

Thankfully, life with millennials offscreen isn’t all Sturm und Drang and blithe disregard for the world outside internal angst. During one of Tales’s best scenes, a middle-aged gay man goes in on a black 28-year-old at the dinner table, accusing him of being so “woke” that he’s fast asleep. He speaks for many Gen X-ers and Baby Boomers in real life, but I don’t think gay twentysomethings deserve the bum rap.

Here are 10 reasons why I respect them as much as I do gays of my own generation.

The younger guys I date never call me “daddy,” and they don’t mention the age difference nearly as much as my peers and I do. If age is an issue, it’s usually mine.

As much as I live for a thorough reading, I couldn’t fully agree with the voice of experience during the aforementioned Tales of the City dinner scene. The younger generation may have it better than we did, but they’re not completely info-challenged when it comes to the life and times of their elders, nor do they not bear crosses of their own.

Some are well aware of the significance of Stonewall, the difficulties their LGBTQ predecessors faced, and how their roads are paved because ours weren’t. If Pride celebrations are often too short on gravitas, they’ve been that way since before many millennials were even born.

Gay twentysomethings have their own iconic pop divas (Britney, Beyoncé, and Gaga), but aside from the holy trinity, there’s one mainstay I’m always coming across in their Spotify libraries: David Bowie at his ’70s peak. One 24-year-old producer from Melbourne named his current musical project Moss Garden, after a track on Bowie’s 1977 album Heroes.

I’ve even met a few gay millennials who knew that “Don’t Stop Believin’” wasn’t always a song from Glee (including the ones singing along to Journey’s 1981 original at Santa’s, a karaoke bar I went to in Nashville last April). Steve Perry, 70, would have been pleased.

I don’t say this just because they’re so good at helping me pair my Bluetooth devices. Growing up in a more global society means they’re able to name-drop more world leaders than we could at their age, and they probably can locate Uzbekistan on a map while some of us are still struggling to find Wisconsin.

Long phone chats might be a thing of the dating past, but some of the most scintillating discourses I’ve been lucky enough to have in recent years have happened while I was sitting across a table from a gay millennial or under the covers with one.

On a recent date with a 23-year-old Aussie, we covered homophobia, global warming, and the genius of Lana Del Rey and Crosby, Stills, Nash, and Young. We were together from 2 to 11 p.m., and not once was he distracted by his phone.

It’s so fashionable to be anything but strictly gay or lesbian and male or female these days, but as brimming with millennials as the non-binary bandwagon might be, the B-word remains as relevant as ever with twentysomethings.

The 22-year-old drag queen I dated in Prague identified as “queer,” but “gay” and “male” suited him just fine, despite his penchant for occasional gender-bending off-the-clock. Plenty of ’90s babies are as proudly binary as us older folks were before “binary” was even an LGBTQ word.

In some ways, Girls ruined twentysomethings on TV. Ever since Lena Dunham’s HBO series made Brooklyn the epicenter of millennial cool and gave them a soundtrack to match (’90s nostalgia in 2010s packaging), they’ve been portrayed onscreen as being way more detached than we ever were.

Some of them are, but irony and “too cool for school”-ness are bigger twentysomething traits on TV than in reality, thank God. The millennial gays I date are passionate. They cuddle; they cry; and when the spirit moves them, they even say, “I love you.”

If they don’t, then whom have I been meeting for coffee and drinks? OK, so millennials don’t wine and dine by candlelight like we used to, but then, neither do we. In these Grindr times, fortysomethings and older are just as likely to tick “Right Now” over “Dates.”

One of the great things about coming out earlier in life than we did is that twentysomethings have had longer to get the moves right. When the clothes come off (and even when they’re still on), they’re not the inexperienced ducklings they’re often cracked up to be.

Although Grindr and Scruff and the other gay apps are dismissed by many as being all about sex, I’ve gone out with quite a few millennials who have never had a boyfriend they didn’t meet online. So much for the stigma about falling in love with someone you find on a grid or while swiping left or right. It’s gotten old — just like those who insist on perpetuating it.