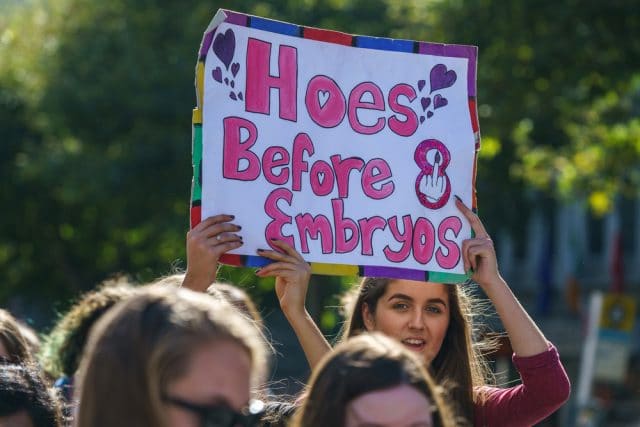 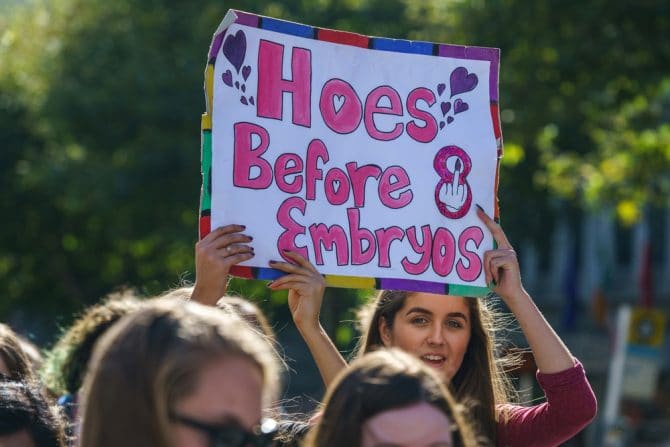 In the past three months, five states have passed draconian legislation restricting women’s access to abortion, in some cases as early as six weeks into a pregnancy. Georgia, Ohio, Mississippi, Kentucky, and Alabama seem hellbent on denying women their constitutional right to do what they want with their own bodies.

In some states, lawmakers want to force women to have babies against their wills, even in cases of rape and incest. In others, they want to impose 99-year prison sentences on doctors who perform abortions. There’s even been rumblings of women who have abortions being charged with homicide and penalized with lengthy prison sentences or even capital punishment.

So why is Queerty, a “gay news” site, reporting about this? The answer is simple.

When it comes to having our civil liberties threatened and our private lives policed by nosy lawmakers who all tend to fall into the same general category (straight, white, cisgender, Christian-identifying males), we know a thing or two about how that feels and how damaging it can be. It’s part of what led to the Stonewall Riots 50 years ago, a fight that’s far from over, but has been greatly strengthened by allies (read: straight women) who may not be personally impacted by our struggles but who still understand the importance of strength in numbers.