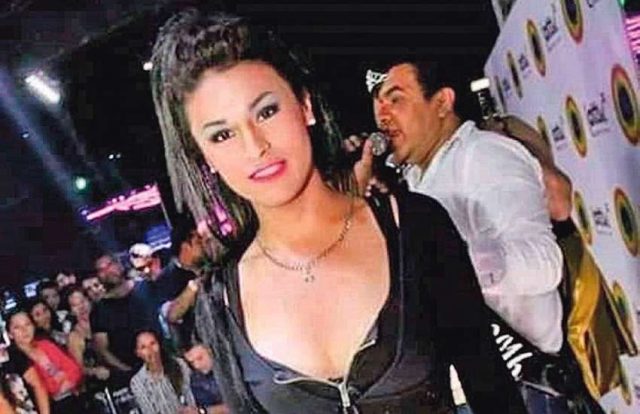 A man allegedly strangled a 19-year-old trans woman to death in Argentina last week (26 May).

The 42-year-old strangled Gala Estefanía Perea after an argument in San Isidro de Lules in the northern province of Tucumán.

Neighbors called the police after hearing her screaming from inside the apartment.

On a warm afternoon in the city center, Perea allegedly argued with a 42-year-old man.

At 100 Calle Eliseo Cantón, the two had a heated debate. Moreover, according to relatives, Perea was a sex worker and the man was a client of hers.

Reportedly, neighbors heard screams from outside the house. As a result, they called the police and reported the disturbance.

, authorities arrived and found Perea dead with signs of strangulation.

Local police forced detained the man, who remains in custody. The Public Prosecutor’s Office and the police have opened an investigation into the incident.

As Perea’s family mourn her death, they quickly found an ally from one of the top leaders of the Trans Collective of Tucumán.

Laura Moreyra is the sister of Cynthia Moreira, a trans woman brutally murdered in February 2018 in the province.

To Moreyra, the small patch of Argentina is known not only for blueberries bushes and concentrated juices, but for transphobia.

‘Trans girls are afraid to go outside. In the province, when they should have accepted them for all the advances they achieved in these years of struggle, the hatred grew a lot,’ Moreyra .

Moreyra added: ‘They face every day all kinds of problems, from when they get into a taxi or on the street itself.

‘And, when they dare to denounce all this, they laugh in their faces.

‘The stories of these girls are very sad. They are tinged with suffering, discrimination and mistreatment.

‘No matter how old they are, they are suffering because a society not only does not accept them, but rejection grows.’

Moreover, Moreyra spoke with sympathy over Perea’s line of work. Trans women ‘are forced to do that because the doors of the labor market are closed to them,’ she expressed.

The has some of the most progressive and comprehensive LGBTI-inclusive law in South America.

For instance, the country’s lawmakers passed a Gender Identity Law. A document enshrining trans Argentinians the ability to change their legal gender without facing barriers such as hormone therapy or surgery.

Furthermore, there are alternative schools and community centre across the country that offer services specifically for trans citizens.

But, nevertheless, transphobia remains in the Argentina, especially in more rural areas.