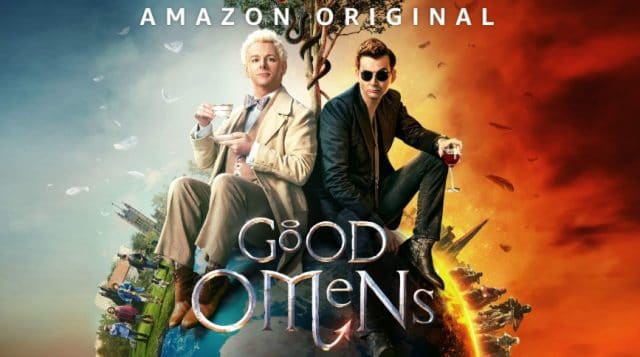 More than 20,000 Christians have mistakenly signed a petition calling for Netflix to cancel Good Omens, the Amazon Prime television series that spotlights the efforts of an angel and demon to thwart the Antichrist, because the show allegedly promotes and normalizes Satanism and mocks God.

The Christian group, Return to Order, has gathered more than 20,000 signatures in an effort to have the show pulled from the streaming service.

According to the Guardian: “The six-part series was released last month, starring David Tennant as the demon Crowley and Michael Sheen as the angel Aziraphale, who collaborate to prevent the coming of the antichrist and an imminent apocalypse. Pratchett’s last request to Gaiman before he died was that he adapt the novel they wrote together; Gaiman wrote the screenplay and worked as showrunner on the BBC/Amazon co-production, which the Radio Times called ‘ devilishly funny love letter to the book.’ ”

Gaiman and Netflix had some fun with the petition on Twitter.

Netflix UK & Ireland tweeted: “ok we promise not to make any more”

ok we promise not to make any more https://t.co/TRPux36kcX