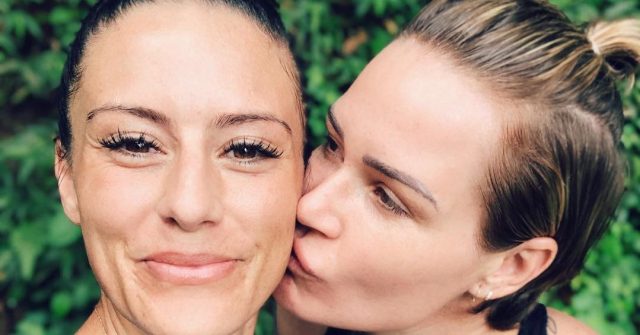 The 2019 FIFA Women’s World Cup is underway in France, featuring 24 teams. Among them are 22 out gay, lesbian and bisexual women — 21 players and one coach.

It’s likely there are more lesbian and bisexual women on these teams than we know about, especially since some participating countries — like Nigeria, Cameroon and Jamaica punish homosexuality with prison time — and other countries still struggle with varying degrees of societal homophobia that may keep players closeted.

“While the men’s professional game has been reluctant to be fully inclusive and supportive of anyone within the game who identifies as LGBT, it’s generally regarded that football is much more accepting of women who are lesbian or bisexual,” Lindsay England, founder of Just A Ball Game, an organization that works to end anti-LGBT bias in soccer, told Outsports,

While there may be more out women than men in professional soccer (there were no out men at the 2018 World Cup), another disparity also exists between the two: The 2019 Women’s World Cup prize money is $30 million — 7.5% of the Men’s World Cup prize.

Out lesbian U.S. World Cup player Megan Rapinoe is part of a class-action lawsuit against the U.S. Soccer Federation for “tolerating a two-tiered, gender-based workplace, with its male soccer players enjoying better travel, superior playing conditions and even more food.”

Meanwhile, would-be female soccer players around the struggle to even make it onto the field because of institutional sexism that plagues countries around the world. That make the achievement of these women all the more important.

The list of publicly out women at the 2019 Women’s World Cup stands at 22. One engaged couple — Ashlyn Harris and Ali Krieger — play for the U.S. In 2015, the number of out participants was 18.

Please let us know if we missed anyone — you can tweet us @outsports or email us at outsports@gmail.com and please provide a link to where the player discussed her sexual orientation.