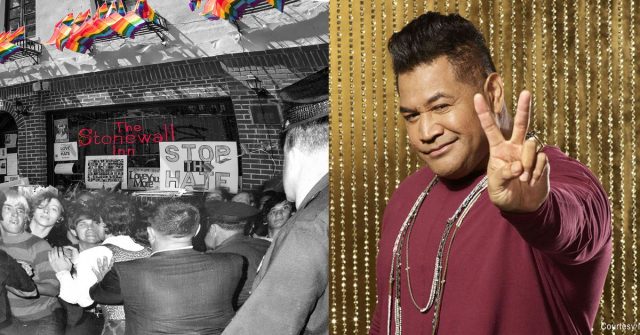 Although Esera Tuaolo came out in 2002 after retiring from a successful NFL career, he has fought homophobic bullying ever since, providing a great example of how athletes can advocate for fairness and equality off the field.

The Hawaiian-born athlete of Samoan ancestry was raised on a poor banana farm. In his 2006 memoir, “Alone in the Trenches: My Life As a Gay Man in the NFL”, Tuaolo spoke being molested by his uncle as a child and then running into a banana patch afterward and asking God to take him away. When his uncle later died a horrible death, he felt happy for it.

During his time at Oregon State University, the 300-pound athlete proved one of its strongest players, winning the Morris Trophy for being the best defensive lineman in the Pac-10 and being twice included in the Pac-10 Conference First Team as one of the conference’s best players. 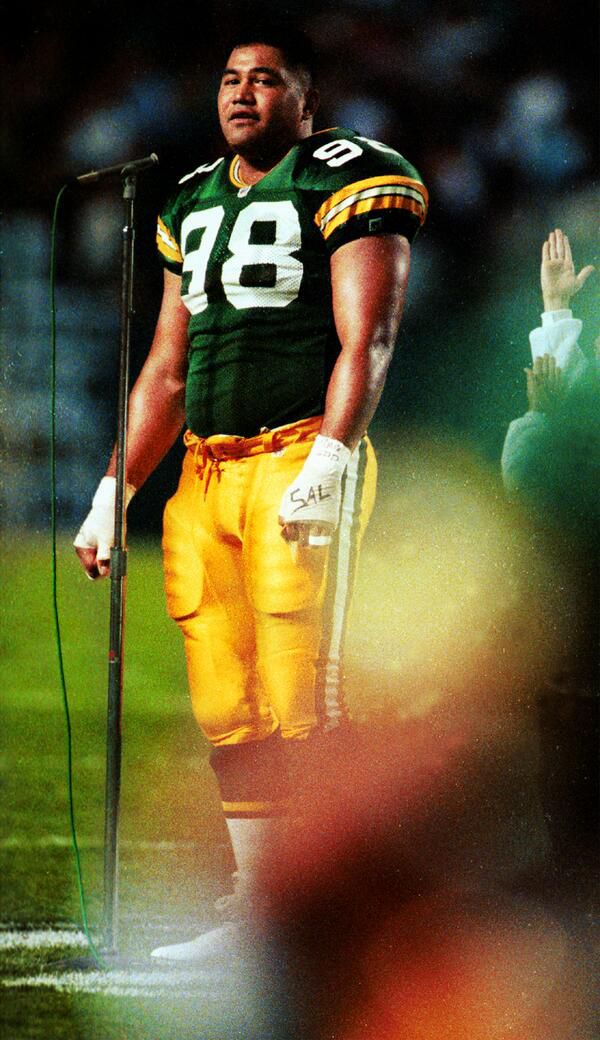 It’s no wonder the Green Bay Packers snapped him up in the second round of the 1991 NFL Draft. He played 20 games with them until 1992 when he joined the Minnesota Vikings for 60 games. In 1997, he played six games with the Jacksonville Jaguars; in 1998, he played 13 games with the Atlanta Falcons — even making it to Super Bowl XXXIII where his team lost to the Denver Broncos. In 1999, he played 12 games with the Carolina Panthers.

After retiring, Tuaolo came out as gay in a 2002 interview with HBO’s Real Sports making him the third former NFL player to come out, after David Kopay and Roy Simmons. Despite being closeted in the NFL, Tuaolo would often speak out against discrimination in any form by standing and stating, “Hate in any form is wrong,” a statement that would later become the name of his anti-bullying organization.

Since then, he has publicly fought homophobia both within the NFL and other realms. He began educating corporations, colleges and high schools across America on the importance of inclusivity, served as a board member of the Gay and Lesbian Athletics Foundation and has discussed homophobia and bullying on talk shows like Good Morning America and The Oprah Winfrey Show. 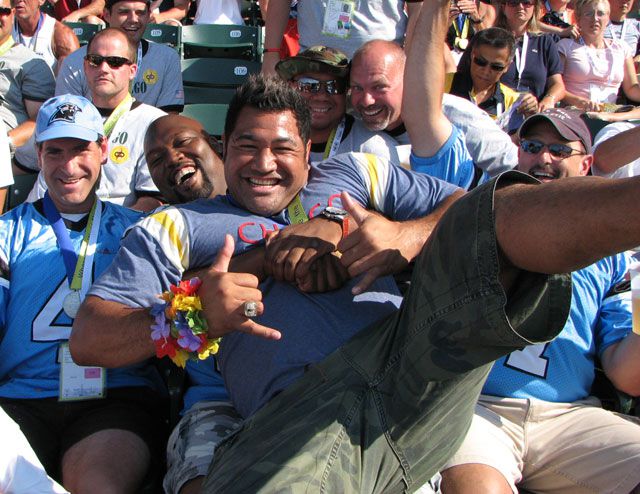 Esera Tuaolo at the 2006 Gay Games in Chicago

Tuaolo has two daughters, Mitchell and Michele. He was a successful contestant in the 2017 season of the reality TV singing competition, The Voice. Tuaolo has released two original songs and has also sung the National Anthem at NFL, MLB, NHL and NBA games as well as the 2006 opening ceremony of the Gay Games VII in Chicago.