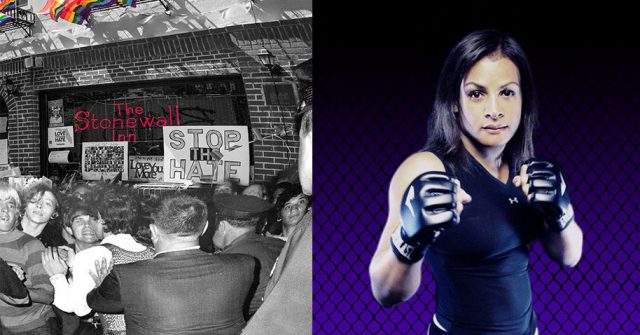 When Fallon Fox began her professional MMA career, she started with a couple of wins that turned heads. The victories certainly got people talking about this new up-and-comer, but there were no accusations of unfairness, no claims that what she was doing in a lower-level pro-MMA promotion was anything out of the ordinary.

After Fox came out publicly as transgender in 2013, she became the center of a firestorm, the target of a torrent of hate for one’s identity rarely seen in American sports.

Suddenly Fox’s success and very presence in the sport became anathema in the sport. Every punch was suddenly a punch to the gut of the sport. When she left an opponent with a broken eye socket, headlines twisted it into “Transgender MMA Fighter Fallon Fox Breaks Opponent’s Skull.” Joe Rogan and others used their platforms to intentionally misgender Fox and shower her with vile hatred.

Of course, when other female MMA fighters leave their opponents with concussions or broken bones, they are celebrated.

Fox finished her professional career with a 5-1 record, an impressive showing but hardly a reflection of someone with “unfair” advantages over her competitors.

When I wrote my book, Fair Play, I called Fox one of the bravest athletes in the history of sports. Few athletes over the last 50 years have endured the level of ignorance and hate, simply for who they are, that Fox received from people across sports, including many in her own sport.

For us, Fox will forever be a trailblazer who took the brunt of sexist and transphobic attacks and held her head high so other trans athletes could find inspiration in her example.