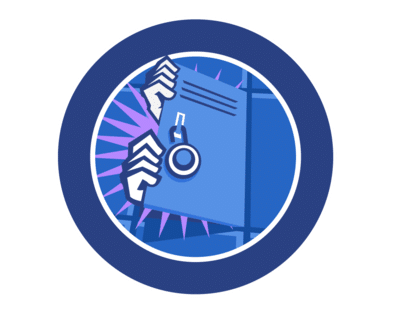 Few athletes embody the progress of LGBTQ acceptance in professional sports more than former NBA center Jason Collins. He enjoyed a long career in professional basketball heading into the 2013-14 season, but Collins was about to reveal a personal truth that would deservedly overshadow his years with the New Jersey Nets and Atlanta Hawks.

Collins came out as gay soon after his 12th NBA season came to a close in a self-penned Sports Illustrated column in April 2013. “I’m a 34-year-old NBA center. I’m black. And I’m gay,” wrote Collins.

“I didn’t set out to be the first openly gay athlete playing in a major American team sport. But since I am, I’m happy to start the conversation. I wish I wasn’t the kid in the classroom raising his hand and saying, “I’m different.” If I had my way, someone else would have already done this. Nobody has, which is why I’m raising my hand.”

The announcement made him the first active out gay male athlete in one of North America’s Big Four sports leagues. He was still under contract with the Washington Wizards at the time, but became a free agent soon after his moment of truth.

He would remain unsigned when 2013-14 season began, heightening concerns that major sports organizations would remain resistant to housing out male players on their rosters. Collins took this in stride, though, refusing to let the usual excuses undermine the power his identity awarded. 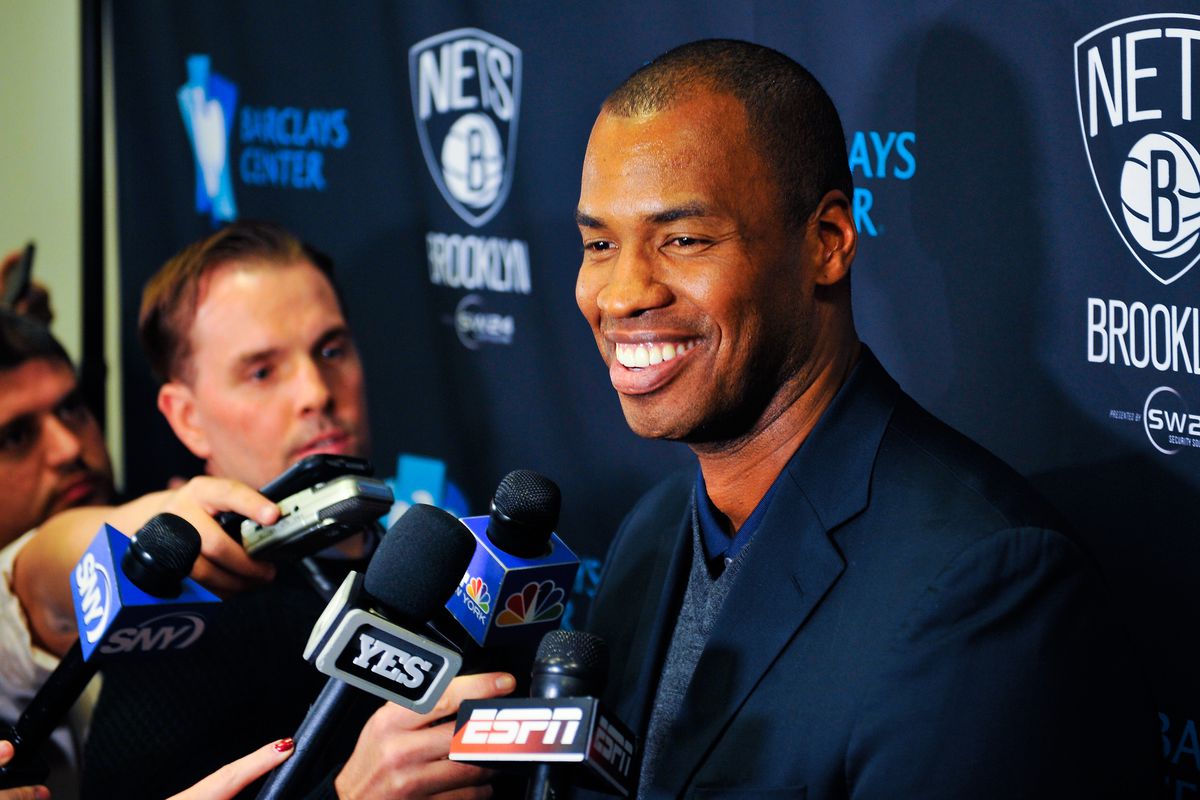 That commitment soon paid off when the now Brooklyn Nets signed Collins to a 10-day contract shortly after the NBA trade deadline in February 2014. Nets GM Billy King classified Collins’ signing as a “basketball decision,” but that contract represented so much more.

“Jason told us that his goal was to earn another contract with an NBA team. Today, I want to commend him on achieving his goal. I know everyone in the NBA family is excited for him and proud that our league fosters an inclusive and respectful environment,” said NBA commissioner Adam Silver.

Collins made his season debut the day of his signing in front an accepting Los Angeles audience against the Lakers. He became the first out gay male to play in a major pro sports league when he entered the game. The setting was especially meaningful to Collins as Los Angeles is his hometown. That warmth would continue during his home debut at the Barclays Center where he received a standing ovation.

It wasn’t long before Collins took his unique position to heart and began a now long history of LGBTQ advocacy. His number 98 jersey, worn to honor murdered gay college student Matthew Shepard, became the league’s number one selling jersey shortly after his signing. The NBA donated all proceeds of his jersey sales and auctioned game-worn jerseys to the Gay, Lesbian & Straight Education Network (GLSEN) and the Matthew Shepard Foundation.

That power came to its head during a road game in Denver where Collins met the parents of Matthew Shepard. He described the meeting as “the most poignant moment” since his coming out. 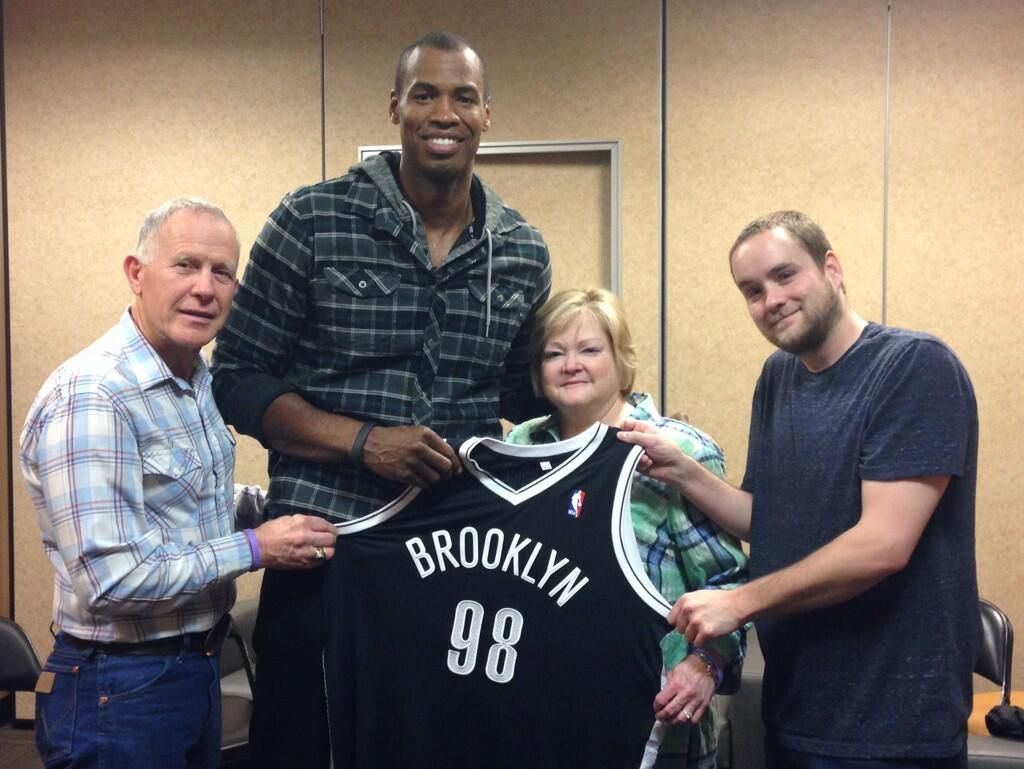 Jason Collins with the Shepard family

Collins finished out the season with the Nets and announced his retirement in another Sports Illustrated column. He closed that piece with a passage pining for the days where LGBTQ acceptance in male sports locker rooms would be so prevalent that coming out wouldn’t be the same size deal as his ended up being.

Collins closed the book on his NBA career nearly five years ago, but he’s remained steadfast in his efforts to normalize LGBTQ athletes and inclusion within major professional sports. He’s been a fixture at NBA team Pride Nights, many of them being the first in the teams’ history. He even returned to the Staples Center in 2018 to receive the Lace of Unity Award from Lakers owner Jeanie Buss during the team’s first Pride Night. “This is incredible,” said Collins. 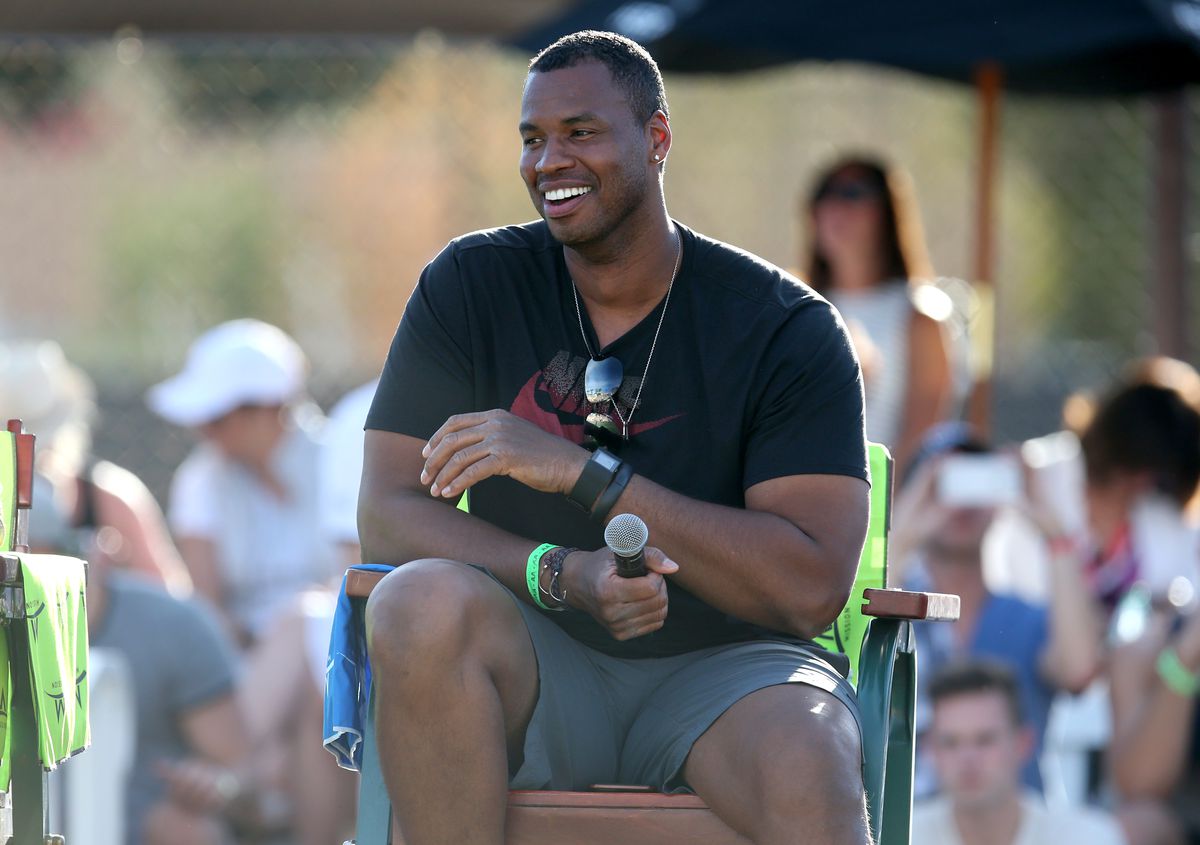 He also partnered with Pride Socks to design a characteristically Claifonian pair of rainbow socks whose sale benefits the Point Foundation, and LGBTQ scholarship fund.

The NBA remains the most progressive major American sports organization in Collins’ eyes, but that hasn’t kept him from pushing for further acceptance within the league and all others. He lauded the league’s participation in the New York Pride Parade during a panel at the Phoenix Suns’ first Pride Night in 2018, but pointed out the need for more high profile players to participate in inclusive events for the league to continue moving toward LGBTQ normalization.

“I love that we were the first sports league to participate in the New York Pride Parade, but we don’t have any active NBA players participating in the parade. I’d like to see someone like Russell Westbrook or Devin Booker standing alongside and being that ally,” Collins told the Cronkite News.

Collins’ place in history is forever etched, but his inability to remain complacent with the level of inclusivity in professional sports embodies the spirit of Stonewall.

“Jason may be the first, but he’s not the last,” said Athlete Ally executive director Hudson Taylor. “It’s because of him and the unprecedented leadership of professional leagues like the NBA that we’ll see more and more LGBT athletes at all levels of competition,”