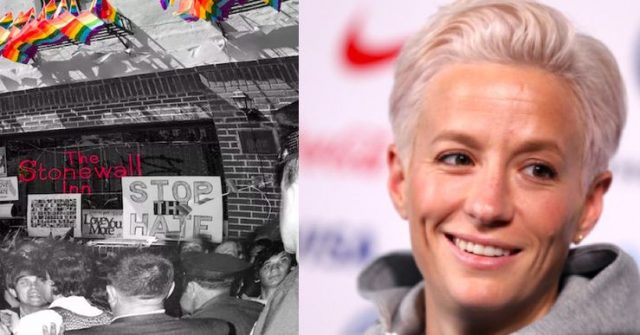 Of all our Stonewall Spirit athletes, Megan Rapinoe is one of the most accomplished and exciting because she came out during her professional career, because she’s still playing and because she has accomplished many other historic firsts in sports history.

After obliquely outing herself during a May 2012 KickTV interview, in which she said “Obviously we’re out there” when asked about lesbian soccer players, Rapinoe officially came out in a July 2012 Out magazine interview by unequivocally stating, “For the record: I am gay.”

In the interview, she said, “I feel like sports in general are still homophobic, in the sense that not a lot of people are out. I feel everyone is really craving [for] people to come out. People want — they need — to see that there are people like me playing soccer for the good ol’ U.S. of A.”

Her coming out was all the more remarkable considering that she did it just weeks before the start of the 2012 Olympic Summer Games in London. At the 2012 Games, she helped the U.S. win a gold medal and became the first Olympic soccer player, either male or female, to score a Goal Olimpico at the Olympics (that is, a corner kick that goes untouched by another player into the net).

Four months later, Rapinoe received the Board of Directors Award from the Los Angeles Gay and Lesbian Center for being a role model in bringing awareness of LGBTQ people in sports.

“The longer I’ve been out, the more stories I’ve been able to hear from people. People come up to me and say, ‘you’re the reason I came out, you’re the reason I realized I was gay.’ I think more people in general need to come out. Until that happens, we can’t expect all these barriers to be broken down.”

She has since used her visibility to break down additional barriers and push for equality and fairness, not just in sports or for LGBTQ people but for women, young people and people of color across America.

In 2013, she became an ambassador for Athlete Ally, a nonprofit against queerphobia in sports, participated in a campaign against homophobic language for GLSEN and has since endorsed streetfootballworld’s Play Proud initiative which aims to make youth soccer more welcoming to LGBTQ players by providing educational resources to coaches.

But her most notorious advocacy has occurred more recently. 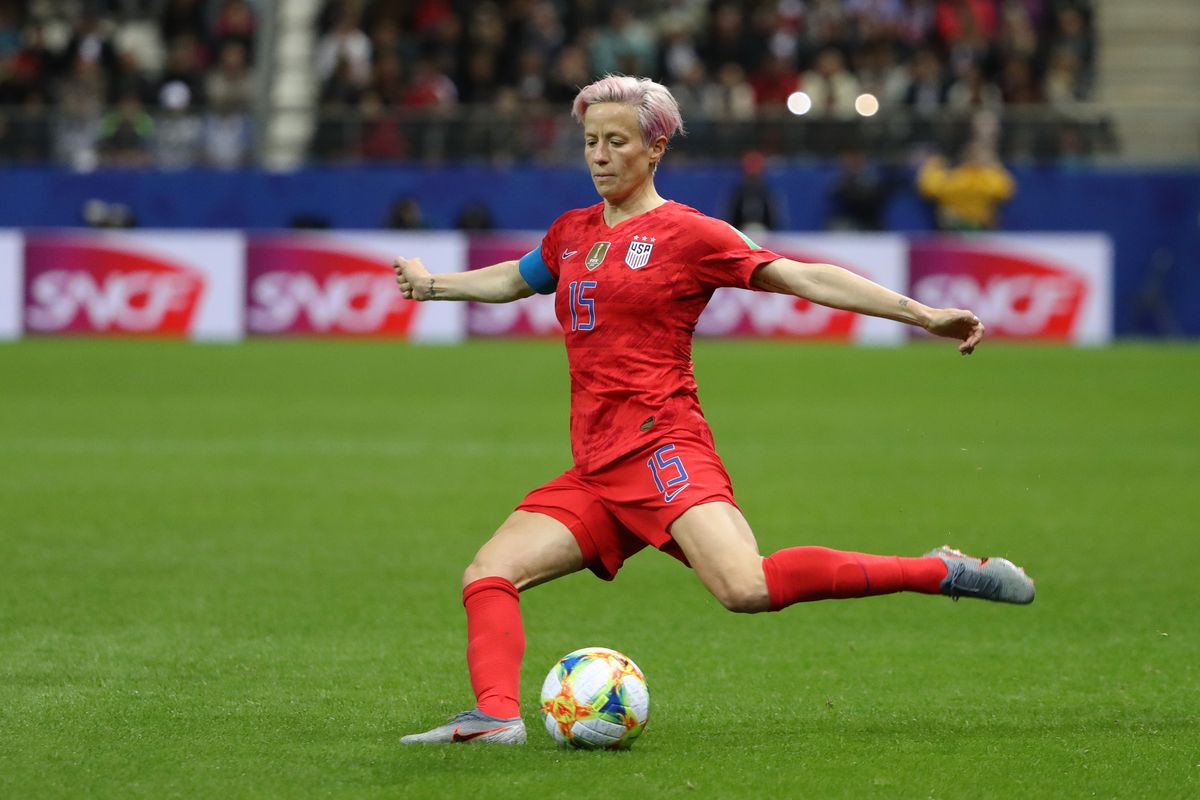 At the time, Rapinoe said:

“I think it’s actually pretty disgusting the way [Kaepernick] was treated and the way that a lot of the media has covered it and made it about something that it absolutely isn’t. We need to have a more thoughtful, two-sided conversation about racial issues in this country.

”Being a gay American, I know what it means to look at the flag and not have it protect all of your liberties. It was something small that I could do and something that I plan to keep doing in the future and hopefully spark some meaningful conversation around it. It’s important to have white people stand in support of people of color on this.

Later that month, Bill Lynch, an Air Force veteran and owner of the Washington Spirit women’s soccer team, played the national anthem while both teams were still in the locker room rather than risk Rapinoe publicly taking a knee before the game. Rapinoe called his decision “disappointing,” “disrespectful” and “unbelievable.”

Given a change in the bylaws requiring that all soccer players stand for the national anthem, she has continued to remain silent when it is played, to widespread criticism as well as support.

In 2018, Rapinoe and her girlfriend Seattle Storm player Sue Bird became the first same-sex couple on the cover of ESPN’s Body Issue. And just last month, Rapinoe became Sports Illustrated’s first out lesbian swimsuit model, something she did to “expand the ‘narrow view’ of what it means to be LGBTQ and an athlete in a publication perceived to be ‘only for heterosexual males.’”

“I think [soccer] has the ability to create incredible opportunity. It reaches pretty much every country in the world, it’s a sport that everyone plays,” Rapinoe said. “So there’s opportunity there to leverage it and to use it for good.”

The 33-year-old is currently playing as co-captain of the U.S. women’s team at the 2019 Women’s World Cup.