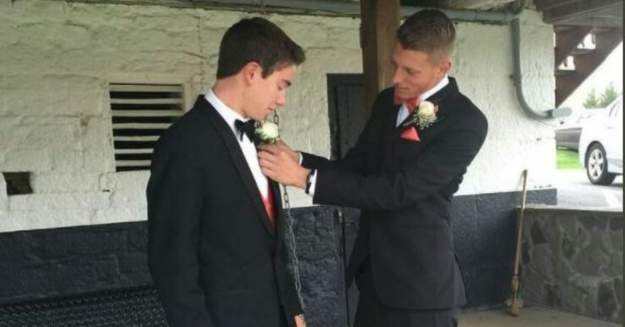 For as much hate as millennials get, one thing that they have gotten truly right is their ability to accept others for who they are. This could not be truer than the vast amount of queer couples who have attended prom this year, as they have been showcasing just how special their night was all over social media.

Going to prom with someone with someone of the same sex or identifies with you as LGBTQ is something that is still somewhat frowned upon, but honestly, we are getting there. This was a non-issue even a decade ago as many of us would never dream of bringing our boyfriends or girlfriends to the prom. Now, it’s becoming more and more normal, and these incredible photos prove that and then some. Take this high school football star who went to prom with his swim team boyfriend. Truly awesome.

Here’s hoping that this generation continues their compassion and kindness onto the next so homophobia will continue to be a thing of the past. Glad that all these couples got to experience a one of a kind night with the person they love that will hopefully give them memories they will never, ever forget.