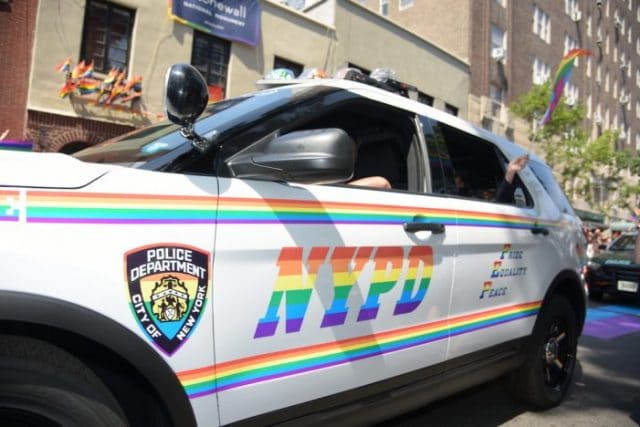 50 years after it sparked a worldwide movement for LGBTQ rights, the New York Police Department has apologized for raiding the Stonewall Inn. The Stonewall Riots, as they came to be known after queer people fought back, throwing rocks, bottles and bricks, torching cars, and filling the streets, are known as one of the seminal events in the fight for full LGBTQ equality.

“I think it would be irresponsible to go through World Pride month and not to speak of the events at the Stonewall Inn in June of 1969,” O’Neill said. “I do know what happened should not have happened. The actions taken by the NYPD were wrong, plain and simple.”

“The actions and the laws were discriminatory and oppressive, and for that, I apologize.”

“I vow to the LGBTQ. community that this would never happen in the NYPD in 2019,” he added. “We have, and we do, embrace all New Yorkers.”

Yesterday afternoon, New York City Council Speaker Corey Johnson called on the New York Police Department to apologize for the 1969 raid on the bar that sparked the Stonewall Riots.

During a radio interview, Johnson said that the force should apologize for raiding the bar.

“The NYPD in the past has apologized for other incidents that have occurred, so I think the NYPD apologizing on this would be a very, very good thing, and it’s something they should do,” he told Juliet Papa on 1010 WINS.

“I would love for it happen this month and I will bring it up to the police commissioner,” he continued.

“I will have a conversation with [the NYPD commissioner] about it because I think it would be an important step toward further healing and reconciliation and recognizing what happened in that crucial moment, and not just in American history, but New York history in June of 1969.”