Home Gay Life 57% of young people in the UK don’t identify as being totally... 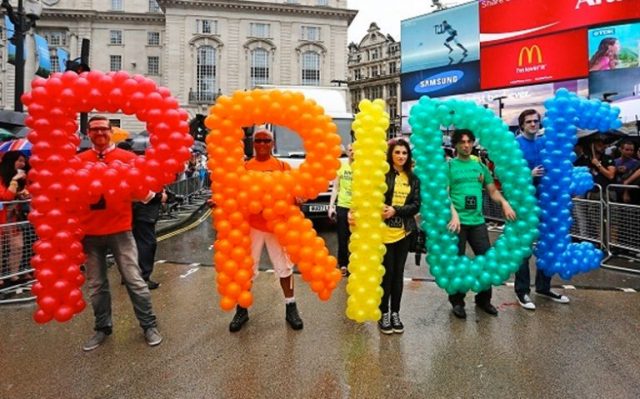 A new survey looking into young people’s attitudes towards relationships and sexuality in the 21st Century has revealed some incredible results.

Anti-bullying charity Ditch The Label surveyed young people between the ages of 13-26 over a period of six months about dating in the modern world.

One in two people don’t conform to rigid labels such as straight, lesbian and gay and prefer to take a more fluid approach when it comes to sexuality.

What’s more, 57% don’t identify as being totally heterosexual, with 90% of those asked agreeing that the internet has made it easier to explore your sexuality.

A huge 93% of young people involved in the survey said they felt it is OK to explore your sexuality, while 76% said that labels are no longer appropriate to define sexuality.

The study also looked into the modern phenomenon of virtual relationships too.

Over 50% of those asked said they have had a virtual relationship with someone they’ve never met, while on in three 13 and 14 year olds said that they’ve had an online relationship.

That climbs to 74% of 24 year olds who revealed that they’ve had a virtual romance.

70% of people asked who had a physical disability said that they’ve had a virtual relationship. As for those who identify as gay or lesbian, 69% said that they’ve had a virtual relationship at some point.

“Virtual relationships have the benefit of allowing young people to explore and come to terms with their sexuality before they are ready to reveal it to their offline friends,” said Liam Hackett, CEO of Ditch the Label.

“Young people who do not identify as being exclusively attracted to members of the opposite sex, those with a disability, those who identify as transgendered or respondents from lower-income backgrounds are the most likely to have engaged in a virtual relationship with somebody online.

“While virtual relationships are often blamed for a wider disconnection between people, this report forces us to acknowledge the positives of conducting a romantic relationship in such a way.

“Virtual relationships allow for human connection, contact and gratification, which for some people might otherwise be challenging. We hope this report goes some way in reassuring young people that there is no right or wrong when it comes to identifying where you sit on the sexuality spectrum.”

What’s more, 67% of young people in the UK feel that more needs to be done to educate about sexuality in schools and in general.