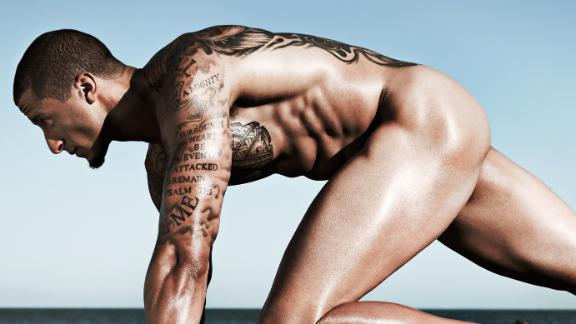 Colin Kaepernick–now the $11 million per year backup quarterback for the San Francisco 49ers–will likely not see any action in tonight’s Monday Night Football nationally televised matchup against the Los Angeles Rams. Yet he’ll surely receive attention for the position he takes during the national anthem by kneeling to protest police brutality against African-Americans.

In honor of his cause and courage, here are five reasons we love Colin Kaepernick:

Major team sports athletes have traditionally shied away from speaking out on behalf of causes, for legit reasons and otherwise. Sometimes they fear the distraction it can cause for their own performance and their teammates. (Gay athletes have even used that as a reason not to come out during their careers.) Kaepernick, who is no longer expected to lead a great team, has a little more freedom in this regard but still must tread carefully. The other reason is athletes fear pissing off half the population and losing sponsorships. When your salary is ten million plus per year, it’s not a huge risk but still one that few have been willing to take. Remember when Michael Jordan refused to condemn the toxic Jesse Helms? The street protest group has not always received respect from the liberal establishment, which sees it as overly confrontational. Kaep’s stance is loosening that caution and also inspiring other big name athletes to follow suit. Even the 49ers owner, Jed York, opened his wallet to the tune of $1 million to help the cause. (Kaep is also tossing in his first $1 million in salary.)

3. He pals around with gay celebs He was spotted hanging out with gay curcuit DJ Luis Perez (above), leading to rumors the two were dating. (Sorry boys: They were not.)

4. In his prime, he was actually a great quarterback Trilling his San Francisco LGBTQ fan base, Kaep led the 49ers all the way to the SuperBowl in 2013, only losing to the Seattle Seahawks on the very last play.

5. He stripped for ESPN’s Body Issue 6. He pisses off the right-wing

Fox News hates him, the sign of righteousness for just about any cause.