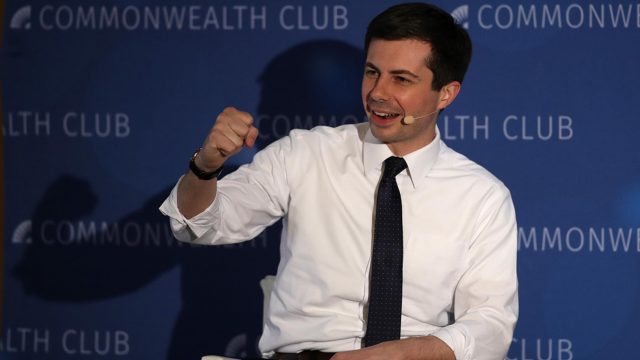 A majority of all American voters said they’re ‘enthusiastic’ or ‘comfortable’ with a gay or lesbian president.

According to a new poll by NBC News and the Wall Street Journal, voters’ attitudes have shifted dramatically toward LGBTI politicians in the last decade.

They conducted their most recent poll this past February.

Among all voters, a majority (68%) expressed being ‘comfortable/enthusiastic’ with a gay or lesbian president. This is up over 20 points, from the last NBC/WSJ poll in December 2006. Then, only 43% of all voters gave a similar response.

Among voters between the ages of 18 and 34, support for an LGBTI president is even stronger now. 75% of these voters said they’d be ‘comfortable/enthusiastic’ with such a candidate.

There is also a majority among voters over the age of 65, although it’s a smaller majority (56%).

Still, neither of these voting groups expressed a majority of support in 2006.

In January, Colorado swore in Jared Polis, the first openly gay governor in the country.

President, however, is a different story.

Pete Buttigieg, Mayor of South Bend, Indiana, declared his 2020 presidential candidacy in January. He is the first openly gay candidate of a major party for President of the United States.

With celebrities name-checking and promoting him, Buttigieg is quickly becoming a major contender. In recent Iowa poll, he came in third behind Joe Biden and Bernie Sanders.