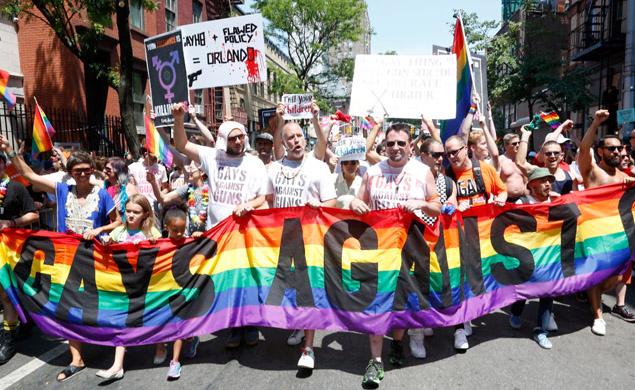 In the wake of the tragic shooting yesterday in Texas, Gays Against Guns stormed Washington D.C. this morning and staged a “Die-In” at the Hart Senate Office building. This is the first time the group has done a demonstration like this on the capitol. So far, eight people have been arrested for the demonstration.

Michael Adolph of the Washington D.C. Chapter said, “GAG believes that the time has come to not only start talking about gun reforms but to start enacting them.”

This mornings demonstration is tied to several events. This includes the special elections happening tomorrow, and the recent mass shootings that have happened in the country, and getting funding for the CDC to research gun violence.

The group has come out in support of a few different bills including the Background Check Expansion Act, and an assault weapons ban.

The group however doesn’t just want gun reform, but also aims to change the conversation happening around guns. The goal is to get people to view the issues as a public health concern, not just about rights and individual crimes.

The group plans to call out senators who are in the pockets of the NRA and stopping gun reform including Senator Ted Cruz and Majority Leader Mitch McConnell.