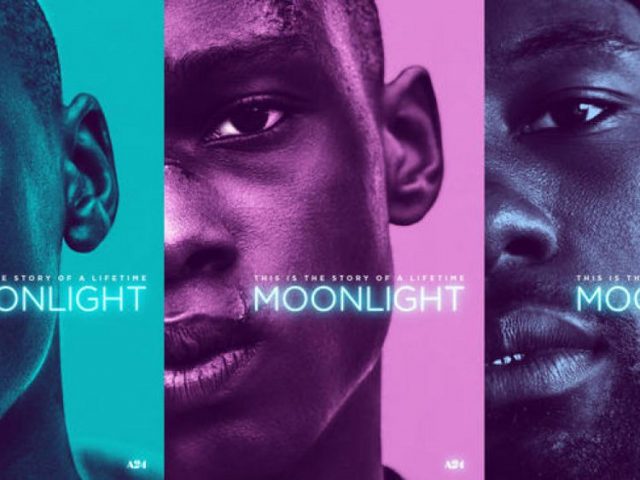 There are the beautifully diverse viewing experiences that recently arrived or are coming your way.

As summer blockbuster season wanes and award season approaches, we start to see an uptick in the quality of the quieter comedies and dramas at the cinema. If Ben-Hur or Suicide Squad didn’t scratch your itch for quality filmmaking, just wait. Fall also brings a new crop of TV shows, in what some say is the second golden age of television. Here are the trailers for the buzz-worthy LGBT shows and films that are coming soon — or recently arrived.

This comedy stars real-life couple Cameron Esposito and Rhea Butcher as themselves; two hilarious feminist stand-up comics. Those who have seen the show are saying it could put Seeso on the map, and they praise the buddy-comedy romance between the likeable leads. It’s definitely worth checking out.

The Intervention
In theaters now

This ensemble comedy is a darkly funny take on relationships. The premise: When four couples go for a weekend getaway, one of the pairs learns that the rest have planned an intervention to tell them they need to get a divorce. The cast is full of talented young comedic actors, including out actress Clea Duvall (Argo, Girl, Interrupted) and lesbian icon Natasha Lyonne (Orange is the New Black, American Pie) playing a couple for the second time (they ended up together in But I’m a Cheerleader). Duvall also directed the film, which is being compared to The Big Chill, and is currently fresh on Rotten Tomatoes.

Spa Night is about a gay Korean-American teenager (Joe Seoh of Gridiron Gang), who struggles with the idea that he can’t live up to his parents’ expectations, while at the same time exploring the underbelly of gay Los Angeles nightlife. The movie is an impressive 93 percent on Rotten Tomatoes, with reviewers calling it an “instant classic” and an “extremely personal film.” It’s also the very rare film that puts gay Asians front and center.

One Mississippi, brilliant lesbian comic Tig Notaro’s semi-autobiographical Amazon comedy series about returning to her small town following the death of her mother already has its pilot available to watch on Amazon, and it’s fantastic. The show, which is produced by Louis CK, is currently a 90 percent on review aggregator site Rotten Tomatoes, and if the pilot is any indication, the show is the perfect vehicle for Notaro’s incredible talents.

This comedy/drama about a gay comedy writer who has to move home because his mother is dying (apparently a lot of LGBT comedy/drama revolves around our mothers dying) stars Jesse Plemons (Friday Night Lights, Breaking Bad) and Molly Shannon (Saturday Night Live, Year of the Dog). It also the feature film debut of writer/director (and new SNL head writer Chris Kelly). With early Oscar buzz for Shannon and positive reviews coming out of this year’s Sundance Film Festival, this is one to watch.

The trailer for the new season looks lighter and happier than previous seasons, though no doubt the show will take us through the same exhilarating highs and lows it’s delivered in seasons past.Transparent, which tells the story of a dysfunctional upper class Los Angeles family as they adjust to the patriarch’s (Jeffrey Tambor) transition into womanhood, is one of the most beautiful, breathtaking shows on television. It has already racked up five Emmy Awards, two Golden Globes, and several other awards, and is the sort of television that reminds you that TV can truly be a medium for real art.

Another emotionally charged and aesthetically beautiful film, Moonlight stars relative newcomer Trevante Rhodes (Tyler Perry’s If Loving You is Wrong) at three different points in his life as he tries to reconcile his faith with his sexuality. Playing his love interest is Andre Holland (Selma,The Knick), and the entire supporting cast looks solid. This film looks like it could be the antidote to the #oscarssowhite problem that has plagued Hollywood.

Don’t Call Me Son came to theaters in Brazil in July, and before that it won the Teddy (LGBT film) Award at the Berlin International Film Festival. The name has two meanings: First, the protagonist (newcomer Naomi Nero) learns that the woman he thought was his mother actually had kidnapped him as a baby and he now has to deal with his birth family, and second, he is unsure of his gender identity. The trailer looks intense, emotionally complex, and luminously filmed. Hopefully a U.S. release date is announced soon. 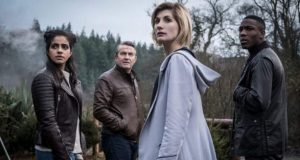 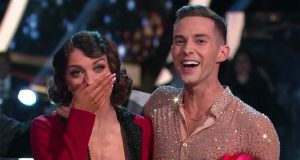 Nick Gayer
0
Adam Rippon just made history on Dancing With The Stars. The figure skater, who stole the title of America’s sweetheart when he competed in the... 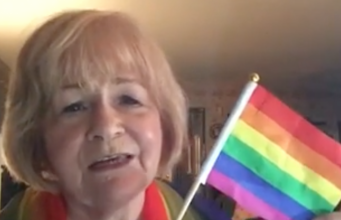 Watch: This adorable christian grandmother wrote a tear-jerking song for the pride flag 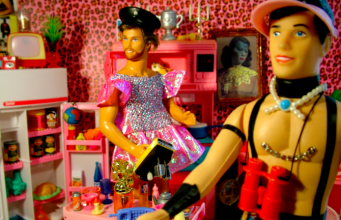 PHOTOS: The Private Lives And Homoerotic Desires Of G.I. Joe And Ken 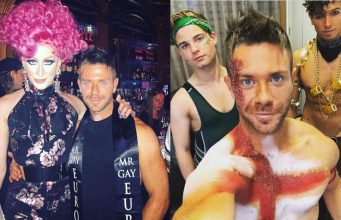