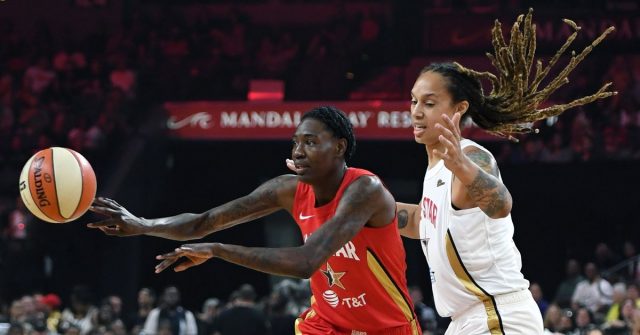 Saturday’s WNBA All-Star Game ended up as a 129-126 win for Team A’ja Wilson over Team Elena Delle Donne. The game was also a look at the next generation of the 23-year-old league.

The greatest stars of this era of women’s basketball such as Diana Taurasi, Candace Parker, Maya Moore, and Sue Bird weren’t in uniform. Six first-time All-Stars, including game MVP Erica Wheeler, were on the floor. Wheeler became the first undrafted player to be the All-Star Game MVP.

It was also another sign of how openly out players are among the shining stars of the league.

Eight publicly out players were in this year’s game:

In keeping with the theme of change, the biggest names did not make the biggest impact. The expected Delle Donne-Griner “twin towers” yielded a combined 22 points and 14 rebounds. Despite an 8-for-18 shooting day Griner did have a dunk on a breakaway in the first quarter.

Team Wilson’s two out starters, Gray and Howard, were a large part of their team’s win. Gray ran the Team Wilson offense and dropped 10 assists to led all players. Many of those were highlight quality. Howard put up 14 points and 6 rebounds in her first All-Star Game appearance. 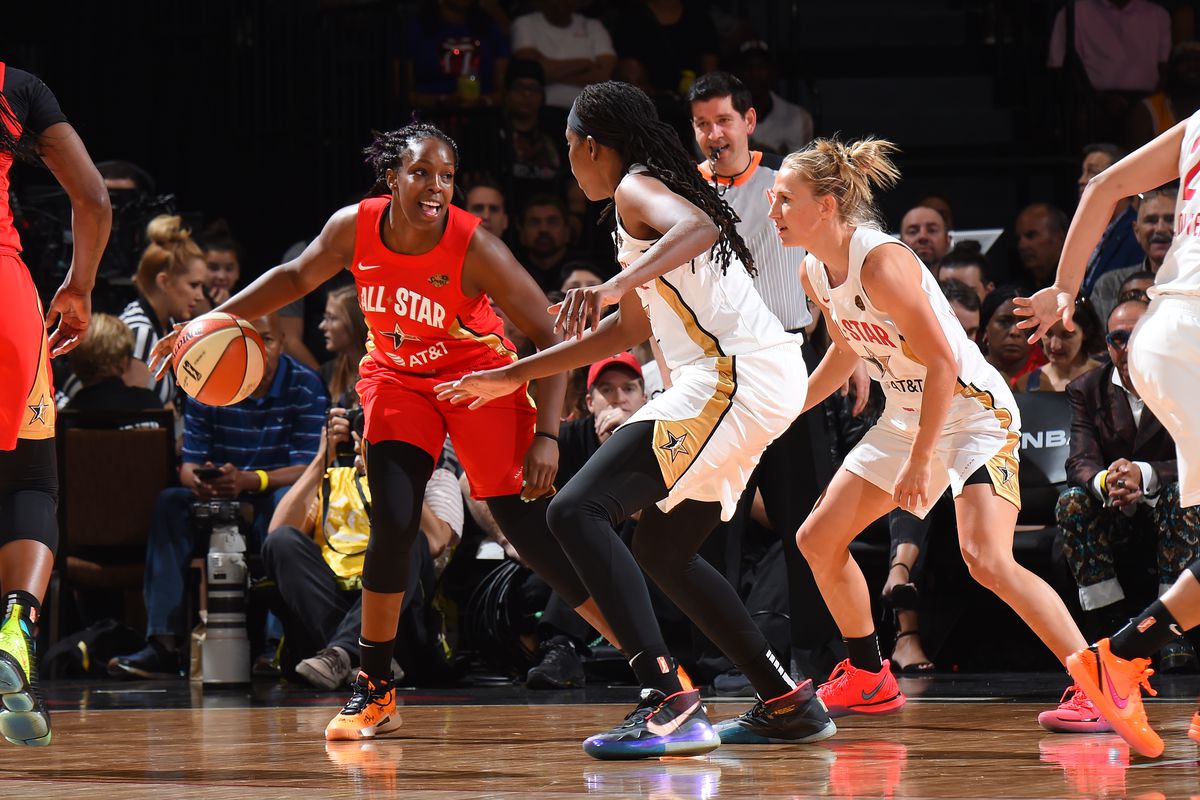 But it was the four out reserves who were involved in some game-within-game confrontations between spouses. Mercury DeWanna Bonner was selected by Team Delle Donne. Her spouse, the Indiana Fever’s Candice Dupree, was on Team Wilson. Dupree was on the winning team, but Bonner had more points within their household 13-8.

The other “house divided” was the Chicago Sky’s Courtney Vandersloot for Team Delle Donne and Sky teammate Allie Quigley for Team Wilson, and there was some bulletin board material in the run-up to the game. Vandersloot had told the Chicago Sun-Times, “I know she’s not getting any open threes if I’m out on the court, so she’s not going to have any shots.” 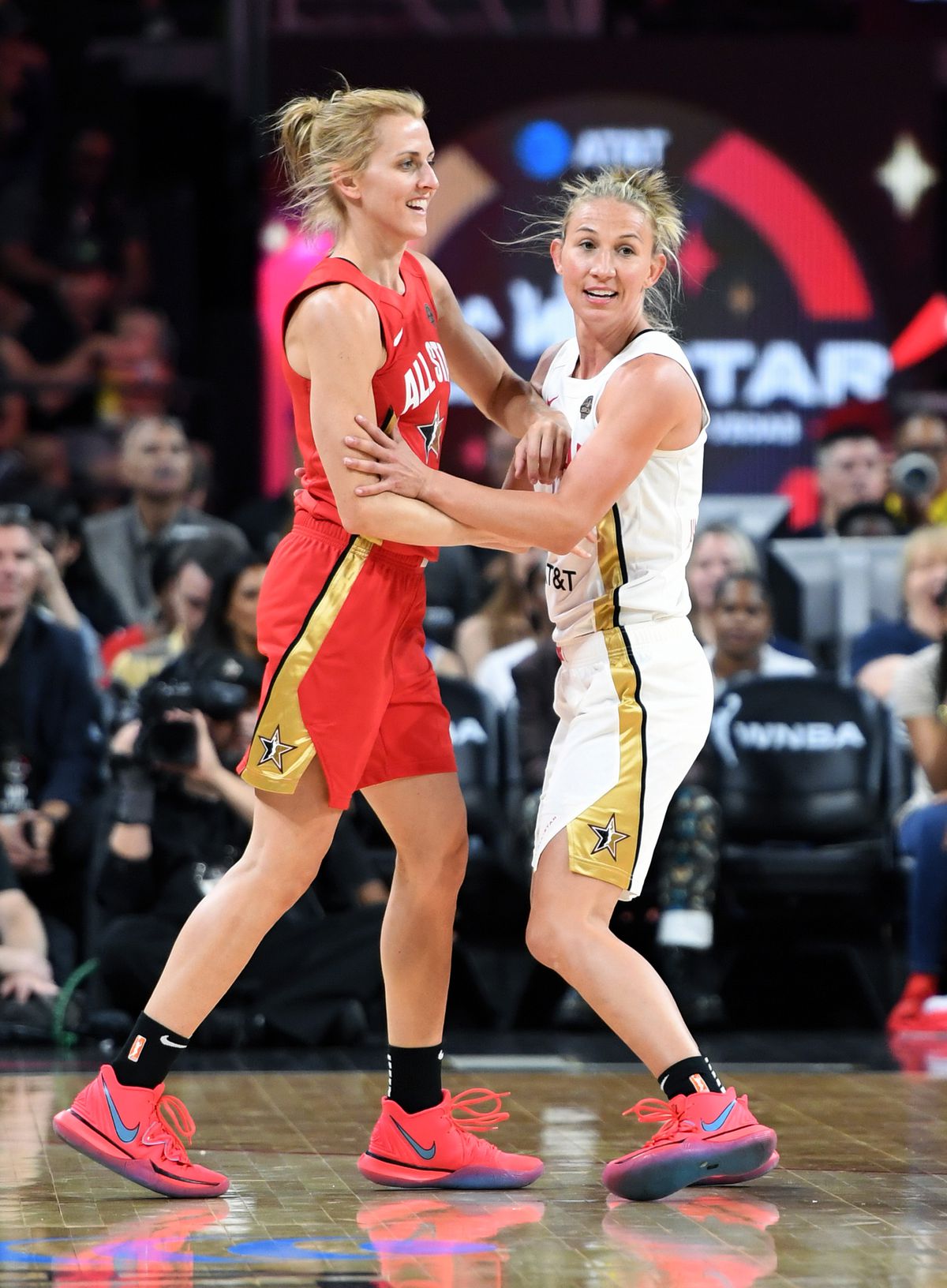 Allie Quigley’s shooting was tough to defend, even for her spouse who vowed to shut her downPhoto by Ethan Miller/Getty Images

In the game, Quigley had 14 points, powered largely by four three-pointers. Three of those long-range strikes were with Vandersloot defending her player-on-player, giving Quigley some bragging rights and leaving Vandersloot humbled just a bit. “I actually underestimated the quickness of her release,” Vandersloot told the Sun-Times after the game. “She gets it off fast, and I rested for a second. But now I understand how hard it is to guard her.”