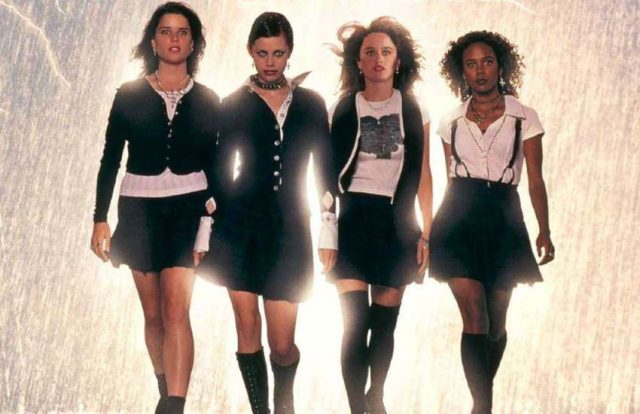 When it comes to cult movies, 1996 supernatural horror The Craft holds a special place in the hearts of many young kids with an interest in the occult.

Earlier this year, it was revealed that the movie starring Robin Tunney, Fairuza Balk, Neve Campbell, and Rachel True as a group of outcast teenage witches will make a comeback to our screens.

Horror production company Blumhouse and Columbia Pictures are behind the reboot. Blumhouse has also announced they are looking to cast a Latina transgender actress for one of the lead roles.

According to the character description, punk rocker Lourdes is a trans girl thrown out of her house by her ultra-Catholic mother. She lives with her 80-year-old grandmother who has taught her about supernatural practices.

The hotly anticipated reboot will be a sequel and might star some of the original cast members.

Earlier this year, The Mentalist actress Tunney, who played troubled teen Sarah Bailey in The Craft, confirmed the news of a reboot.

‘They are still remaking it. Zoe Lister-Jones is writing it. And I may or may not do it. I’m so proud of that movie. It was the first lead I ever had and it’s a movie young girls today still watch at sleepovers. It’s girl power and I’m so proud of it. I’m SO proud of it,’ she told .

New Girl and Life In Pieces actress Zoe Lister-Jones is set to direct.

‘There will be callbacks to the original movie, so you will see there is a connection between what happened in the days of The Craft and how these young women come across this magic many years later,’ Douglas Wick, producer of the original and the new movie told .