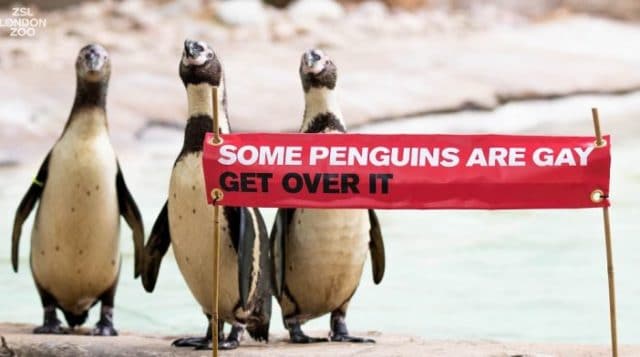 Penguins often pair up with a penguin of the same sex, with many of those turning out to be great parents for baby chicks, so much so that a zoo opted to display a pride-themed banner for their penguins.

But a Catholic journalist is outraged because people are telling children that the penguins aren’t all straight.

In honor of Pride Month, the London Zoo placed a miniature banner in the style of others designed by the Stonewall UK charity. It read “Some Penguins Are Gay. Get Over it.”

Next week’s #ZSLZooNights will be getting a #Pride makeover and our #penguins are joining in on the celebrations!