Home Gay Life A Christian mom thought she couldn’t support her son’s marriage. But she... 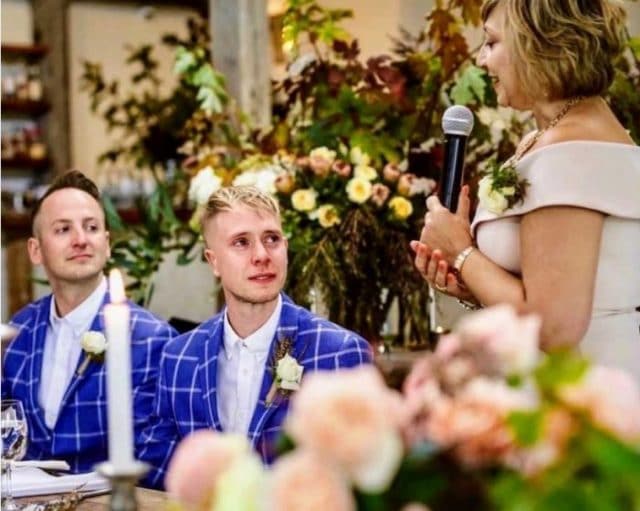 A devout Christian mother walked her son down the aisle wearing a rainbow sash after a difficult time accepting his sexuality.

Vanessa Hall is an author in Australia and she wrote about her son Lachlan on the website Love What Matters. His father died when he was eight-years-old, and the two are very close.

He went to dance school and tried dating a girl for three years, but he eventually came out to his mother. She wrote that she had to know that he did not choose to be gay to start accepting him.

“It was when he said to me that it was not what he would choose for himself, and that if he could flick a switch and turn it off, he would, that I realized this was no choice,” she wrote.

“I knew that from watching him all his life, but this was another confirmation. He had read every book, researched where this had possibly come from, and had been wrestling with it for years.”

His worst fear in coming out was that he might lose his mother, but, after a lot of reading and thinking, she said she accepted him. She also liked his boyfriend Paul.

Last year, after Australia legalized marriage equality, Lachlan and Paul announced their engagement. This, Vanessa wrote, was a lot for her to deal with.

“Late one afternoon I got down on my knees and prayed like I had never prayed before,” she wrote.

“I was sobbing, and I said to God, ‘You know I love you, and you know I love my son. What I don’t understand is why you are asking me to choose between the two of you. But if this is an Abraham and Isaac moment, and I need to sacrifice my son in order to stay true to my faith, as much as it would grieve me, and as much as I don’t understand it, you know I would, but please, please tell me that is not what you want from me.’”

“In that moment an almost audible voice spoke these words to me: ‘I gave up my son so that you don’t have to.’”

This past April, she walked Lachlan down the aisle, wearing a rainbow sash.

“Because in the end, love wins,” she said during her toast. 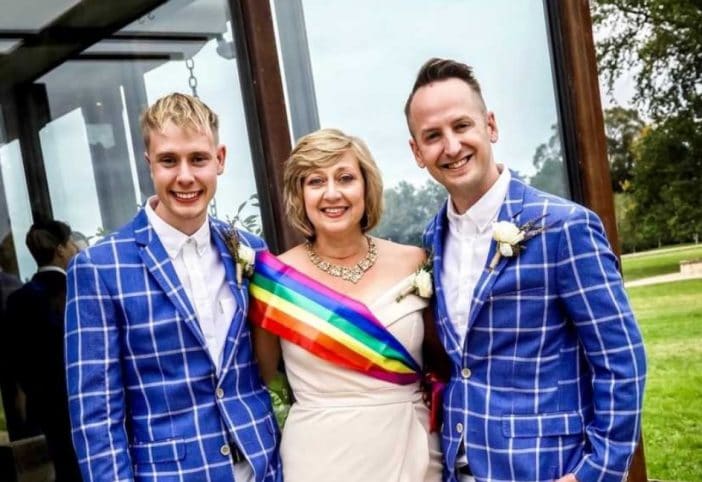 Vanessa Hall, her son Lachlan, and his husband Paul. Van

“When I put on the sash, it was both a sign of the promises of God and the acknowledgement of gay people being loved and accepted,” she told Metro.

“I raised a toast to love because it seems to be the thing that the church has forgotten is what we are called to be in the world – not judgmental, but loving.”