Home Gay Life A court denied a gay couple the right to adopt for a... 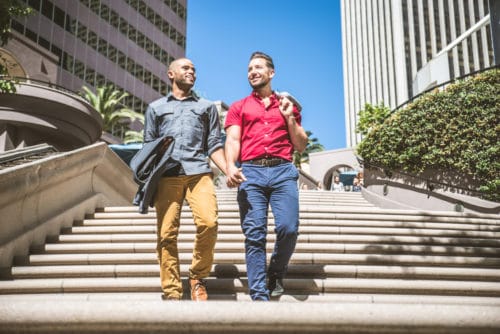 A South African court has denied a gay couple the right to adopt a child and the judge did it for a good reason. The adoption would not be in the child’s best interests.

The two men have been together for ten years and wanted to have a child with a surrogate mother. Surrogacy agreements have to be approved by a court in the African country before adoption rights are granted.

While they have been partners for a decade, one of the prospective fathers is not out of the closet. The two men, who live separately to hide their relationship, were only identified in court as CJD and HN.

“I can see a little toddler excitedly running towards his father in public, shouting out: ‘daddy’. Would the father pretend not to be the parent? How will this impact on the child?” she said in the decision.

“No one can judge a gay person who, because of persisting public prejudice, is reluctant to reveal his sexual orientation. However, the court must always place the rights of the child first.

“If HN in future finds it less daunting to be open about his sexual orientation, he can still approach the court and may obtain parental rights.”

The judge is known for progressive decisions and regularly championed LGBTQ causes as a lawyer before ascending to the bench.