Home Gay Life A damaged dam has forced the evacuation of an entire town in... 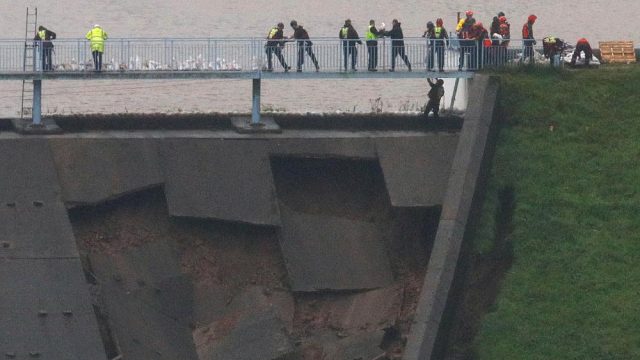 Police evacuated thousands of residents of an English town on Thursday after water cascaded from a nearby reservoir due to a damaged dam. Authorities warned that subsequent flooding could be life-threatening.

Videos shared on social media showed water pouring out from the Toddbrook Reservoir located above the Whaley Bridge in Derbyshire, central England.

Authorities told locals to leave the town and to take their pets and any medication they needed with them after the wall of the reservoir became damaged.

“Residents who have been at work, or away from the Whaley Bridge area, are strongly advised to stay away from the area following advice from the Environment Agency who have indicated that the incident currently poses a significant threat to life,” Derbyshire Police said.

Britain’s Environment Agency issued a severe flood warning for the area, saying river level in the River Goyt, which runs through the town might rise.

“We understand that there will be some concern around not being able to return home, however, our priority is to ensure people are kept safe and well and are not taking unnecessary risks,” a police spokesman said.

“This is not a decision that has been taken lightly and we appreciate that there is a significant impact on this community, however, this is an unprecedented, fast-moving, emergency situation.”

Heavy rain in the last couple of days has led to flash floods in northern England. They have caused bridges to collapse and road closures. Britain’s Met Office said on Wednesday downpours had led to 50 mm of rain falling in just one hour.