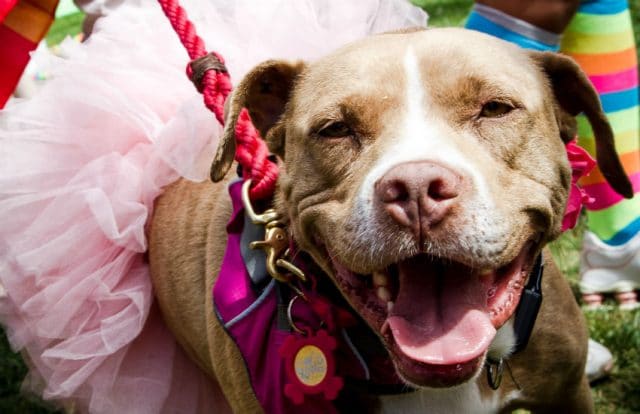 Titled My Gay Dog and Other Animals, by Arrow Pictures, the documentary will highlight recent research from scientists studying queer behavior in an array of animals.

, the documentary will examine the science and controversy surrounding animals, from puppies to kings of the jungle.

My Gay Dog will journey through the animal kingdom and the same-sex attractions that have been observed across more than 1,500 species.

Different voices from an array of backgrounds will be featured. Experts in evolutionary anthropology, sexuality, and sex and gender-diversity as well as scientists leading the fields of homosexual behavior in animals.

These various sides of science will challenge assumptions surrounding evolution and what defines ‘natural’ sexual pairings.

‘Even though it was observed by the ancient Greeks and Egyptians,’ explained executive producer Nick Metcalfe, ‘same-sex behavior in the animal kingdom has since largely gone unreported and unanalyzed.

‘From domestic pets to the kings of the jungle, it was thought that the animal may just be showing its dominance or higher social status.

‘British scientists now believe that they are close to identifying the combinations of genes that explain why there may be evolutionary advantages to an animal being gay.

‘This documentary builds on Arrow’s reputation of presenting pioneering science in an accessible and compelling way, so we are delighted to be working with scientists to bring this ground-breaking discovery to the screen.’

Siobhan Sinnerton at Channel 4 commissioned My Gay Dog, and it is distributed internationally by Blue Ant Media.

For some people, ‘being gay,’ certainly isn’t as simple as ‘having gay sex.’ Sexual orientation and identity are not purely carnal; emotional and romantic connection plays a part, too, for many.

Many of us see ourselves as larger than simple biology. Identity is a social thing that we are self-aware of. Does this apply to dogs and other animals?

Humans have observed homosexual activity in hundreds of species, including dogs. From to .

So, to ask if dogs can be gay in the human sense might be the wrong question here. If the documentary reveals anything, it might look into how animals feel queerness, and what it means when they cannot express it in a way humans can conceptualize.

Many, many queerphobic people enforce the view that queerness is ‘unnatural.’ But the fact the queerness and same-sex-attraction is observable in the animal kingdom suggests otherwise.

As far as we know, homosexuality and queerness has been seen across more than 1,500 species.

Homophobia has only been observed only in one.