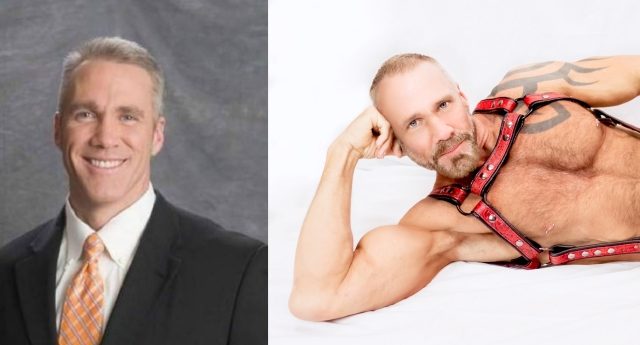 Walker began working in news aged 23, and is a former news anchor for local Fox, NBC and CBS stations. However, after falling out of love with news. he decided to switch career paths.

He said: “I left the business in 2013 after my boss in Southwest Florida told me that research had shown ’people here just don’t like you.

“Add to that, the immense pressure of daily ratings where your job is virtually on the line every single day. TV news as we know it is dying, and the old school model is trying to divide a financial pie that has shrank by 75% in just 15 years.

“I miss telling great stories, I miss the rush of sharing breaking news and I miss getting to know viewers.

“What I don’t miss is the schizophrenic management at every station that can’t decide from day to day what they want, and as a result are constantly blaming the talent and trying to make the talent be something they aren’t.

“If they left the talent the f*ck alone to be who we are, viewers would be a lot happier. Most anchors are so beat down, even they don’t have a clue anymore about who they really are.”

Responding to people ribbing him over the “mid-life crisis”, Walker told Cocktails and Cocktalk that he “felt bad” for his critics, adding: “They’ve obviously decided at some point that there are limitations about who you can be and what you can do once you hit 40.”

The former news host appears to be taking his new job very seriously – recently getting silicone butt implants, paid for by an escorting client.

He said: “I’m sorry if the haters have decided that gays over forty are supposed to put on the board shorts, move to the suburbs and settle down to bridge parties once per week. I don’t plan to ever go quietly into the night.

Steele added his had no regrets about his career change, adding: “I’m much more successful in every measure than I ever was before.”