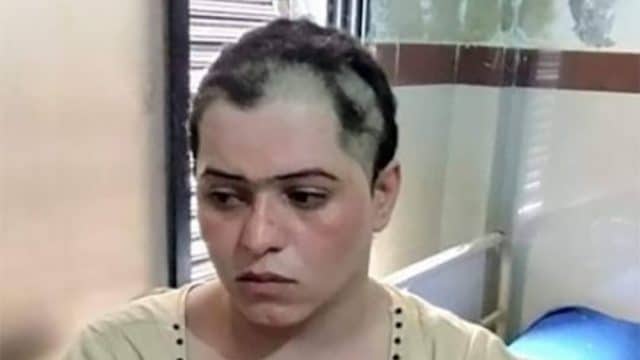 Shakeela, a 27-year-old trans woman living in Pakistan, was reportedly kidnapped, blackmailed, tortured and had her hair forcibly shaved  by a gang. Gangs have done the same thing to other trans women, sometimes even setting them on fire and killing them without ever being prosecuted for their crimes — and the local trans community is fighting back.

In a press conference this week, Pakistan’s Trans Action support group highlighted Shakeela’s story while pointing out that “64 trans people have been killed in the country’s northern province of Khyber Pakhtunkhwa since 2015, while more than 600 have been tortured,” according to Metro.com.

While police occasionally arrest perpetrators of these crimes, she said, there are rarely ever any convictions.

In May 2018, the Pakistani government passed a landmark transgender rights bill that gave its trans citizens more rights than even trans Americans have. At the time of its passage, Hornet reported: