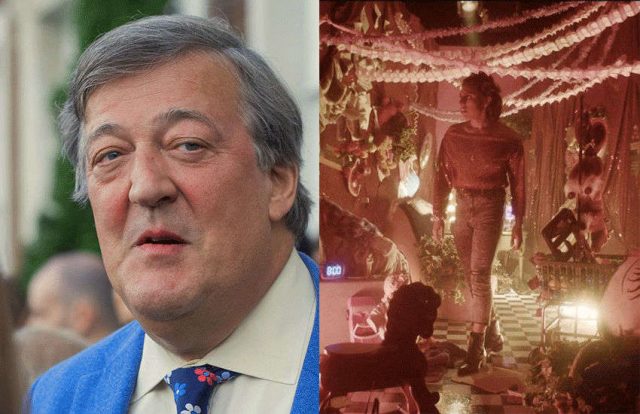 The 19-minute film – about an intersex runaway living in New Jersey – has been on the festival circuit for over a year, steadily gaining critical acclaim around the world.

Former QI host Stephen serves as an executive producer on the project.

He told us: ‘It’s a great step forward that the team behind Ponyboi have made. I’m seriously very proud to have been involved in a small way.’

Stephen was speaking to Gay Star News at last month’s British LGBT Awards when he made the comments.

He furthermore added: ‘I also asked my friend Emma Thompson – we were thrilled [to be involved].’

Oscar-winning actress Emma, who studied at Cambridge University at the same time as Stephen, also serves as an executive producer on the project.

Reflecting on the film’s importance, the star said: ‘It’s the “I” in LGBTI – some of the worst cruelty that is perpetrated is the nonconsensual mutilation of young intersex children. Some have no knowledge of their status.’

Asked how he felt about his award win, Stephen said: ‘It’s wonderful, I feel very honored to be awarded for something for which I would’ve been in prison for the first two or three years of my life.’