Home Gay Life A Jesuit high school is creating a new way for Catholics to... 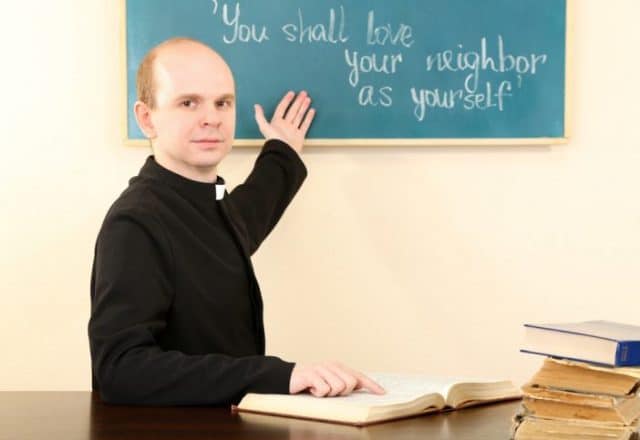 In the mid-nineties, I was a closeted gay student at Brebeuf Jesuit Preparatory School in Indianapolis. Now, I am an openly gay professor of religion and LGBTQ politics.

I never imagined when I was a teenager that Brebeuf Jesuit would make national news for supporting a gay teacher. But last week the Archdiocese of Indianapolis decreed that Brebeuf Jesuit should never again call itself a Catholic institution because the school refused to fire a faculty member who is in a same-sex marriage.

As a gay educator, I am proud of my alma mater’s decision. But as a scholar, I also recognize how radical Brebeuf Jesuit’s decision was and how it signals a new model for Catholic institutional responses to homosexuality.

In recent years, Catholic schools across the country have fired gay teachers once they entered civil marriages. When states began to issue marriage licenses to same-sex couples, gay educators at Catholic institutions faced a strange dilemma: enjoy the benefits of a government-recognized marriage, but risk employment loss.

Within the past year, another Catholic high school in Indianapolis, Roncalli High, barred a lesbian guidance counselor from school grounds after she married her partner. And just last weekend, officials at Cathedral High School in Indianapolis fired a teacher in a same-sex marriage after the Archbishop threatened to sever ties with the school if they continued to employ the teacher.

Faced with pressure from an Archbishop set on purging all LGBTQ people from Catholic institutions, Cathedral’s response was typical among Catholic schools in the United States.

Although the Catholic Church does not condone gay marriage, American Catholics have become more supportive of same-sex marriage than one might expect. A Pew Research Center study found that more than fifty percent of the U.S. Catholic laity supports civil same-sex marriages.

Brebeuf Jesuit’s decision to ignore the Archdiocese’s directive fits with the predominant views on same-sex marriage among lay Catholics. But Catholic institutions are not known for breaking from tradition or for disregarding an Archbishop’s orders.

Because of the school’s financial freedom, Brebeuf Jesuit had an opportunity to support its gay employee without endorsing same-sex marriage. By refusing to fire the teacher, Brebeuf Jesuit paved a new path for how Catholic institutions can support LGBTQ people, especially for those institutions that do not rely on Diocese funding.

While the Vatican does not sanction gay relationships, Brebeuf Jesuit has established the precedent that entering a same-sex marriage does not make one unqualified to educate children or work in a Catholic school. Other Catholic institutions with financial freedom can now follow their lead, and school leaders across the country are likely taking note.

Make no mistake, for many Church officials this is radical and unacceptable. But Brebeuf Jesuit found a way to tow the line on official Church teachings while also creating space for gay Catholics.

For a Jesuit institution to protect a teacher in a same-sex marriage against an Archbishop set on his termination is nothing short of monumental. As an expert on religion and LGBTQ politics, I cannot overstate the significance this moment marks in American Catholicism.

I have been thinking about what this decision likely means to Brebeuf Jesuit’s current LGBTQ students. When I walked the school’s halls two decades ago, none of my teachers were openly gay. I am sure many of today’s LGBTQ students have never told anyone they are gay, queer, or transgender.

I know the pain of their silence, and the worry they carry that the people they love and the school they attend will reject them. But Brebeuf Jesuit has done something remarkable to help them. Those students now know their school cares about them enough to lose its relationship with the Archdiocese.

They know, even if they do not understand the politics, that this decision is significant for a Catholic institution. I hope that brings them some measure of comfort. And now, because of Brebeuf Jesuit’s decision, other Catholic institutions have a model to follow on how to do the same.

Brett Krutzsch is the author of “Dying to Be Normal: Gay Martyrs and the Transformation of American Sexual Politics” and a Visiting Assistant Professor of Religion at Haverford College.