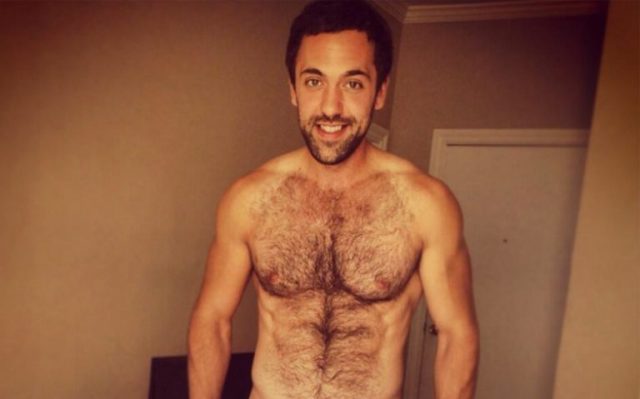 Matthew Herrick has found himself the victim of fake profiles on the gay hook-up app.

The 32-year-old is accusing Grindr of negligence, intentional infliction of emotional distress, false advertising, and deceptive business practices in a new lawsuit, after more than 700 men turned up to his apartment expecting sex.

Matthew first discovered that his images were being used to ‘catfish’ local gay men after a guy turned up at his front door claiming to have messaged him over the app.

After the actor and model explained to the guy that that was not him, he was shown a string of messages they had seemingly exchanged, including semi-naked images of him that had been lifted from Instagram. But in the following days, many more profiles using Matthew’s images appeared on the hook-up app.

Matthew now estimates that more than 700 men have turned up at his home expecting sex because of the fake profiles.

“My entire life has been stolen from me,” Matthew told Wired. “My privacy has been taken from me.

Matthew alleges that it’s his ex-boyfriend who is creating the profiles, as he knows his home and work addresses, as well as his mobile number.

His former partner denies the allegations made.

The lawsuit alleges Grindr has failed to shut down the creation of fake profiles or block the user creating them, despite more than 50 complaints.

Matthew says he’s reported the situation to the police, but they’ve suggested he move or get a new job.