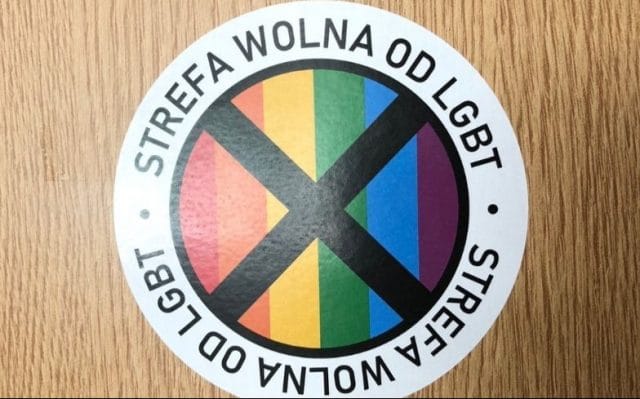 The Polish newspaper Gazeta Polska is under fire after it was revealed that it would distribute ‘LGBT-free zone’ stickers in its next edition, which is due to be published on 24 July.

The stickers show the rainbow flag, but with a black cross superimposed over it.

The move was criticised by many, including the United States Ambassador for Poland, Georgette Mosbacher, who wrote on Facebook: “I am disappointed and concerned that some groups use stickers to promote hatred and intolerance. We respect freedom of speech, but we must stand together on the side of values such as diversity and tolerance.”

Paweł Rabiej, the deputy mayor of Warsaw, who is openly gay, went further with his condemnation, saying: “Tomorrow I will make a complaint to the prosecutor’s office in this matter.

“The German fascists created zones free of Jews. Apartheid – from black. As you can see, the tradition finds worthy followers, this time in Poland, under an umbrella of PiS [the ruling Law and Justice Party] and bishops.” 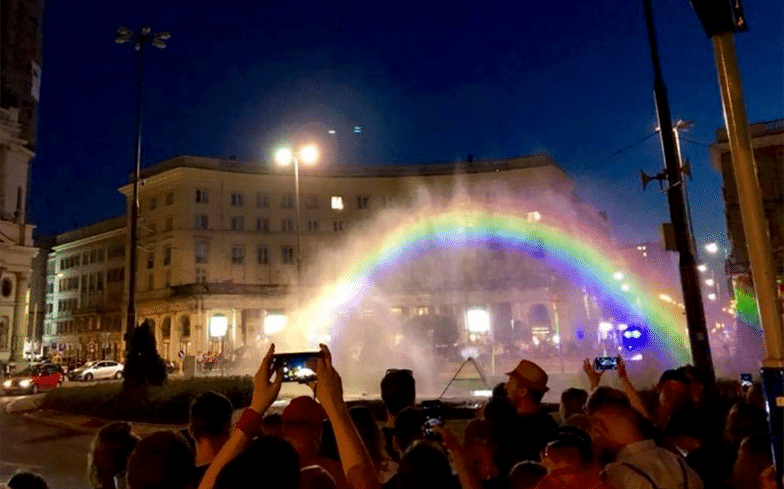 Defending the paper, the BBC reported its editor, Tomasz Sakiewicz as saying: “Poles love freedom and have known the word tolerance for centuries. That’s why they supported the rise of the USA.”

He added “being an activist in the gay movement does not make anyone more tolerant.”

And last year, the country’s president, Andrzej Duda, said he would support a ‘gay propaganda’ law coming into place, similar to the existing one in Russia.

Following the cancellation of pro-LGBTQ events that were due to take place in some Polish schools, and organised by the Campaign Against Homophobia, he said: “I think that this kind of propaganda should not take place in schools, it has to be calmly and consistently opposed.

“If such a law was created and would be well written, I do not exclude that I would approach it seriously.”