With a whopping crowd of “about 20 people.”

Last month the Australian right-wing group, Party For Freedom, announced its plans to hold a “straight lives matter” rally in Sydney on September 23.

And this past week it actually happened. 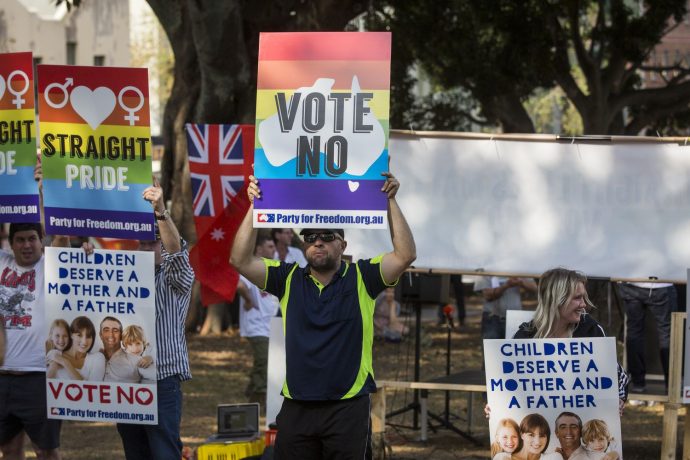 According to ABC (Australian Broadcasting Corporation) a crowd of “about 20 people” event at Green Park were far outnumbered by counter-protestors.

“Some people have said it’s provocative but we’re just exercising our democratic right to freedom of speech and freedom of location,” said Nick Folkes, the organizer of the rally. “I have real concerns about not just being about gay marriage, but a much broader agenda.”

When the rally was announced Folkes wrote on Facebook that the reason for the gathering was to give “support of traditional marriage by calling on our fellow Australians to vote ’no’ in the upcoming postal vote on same sex marriage.” 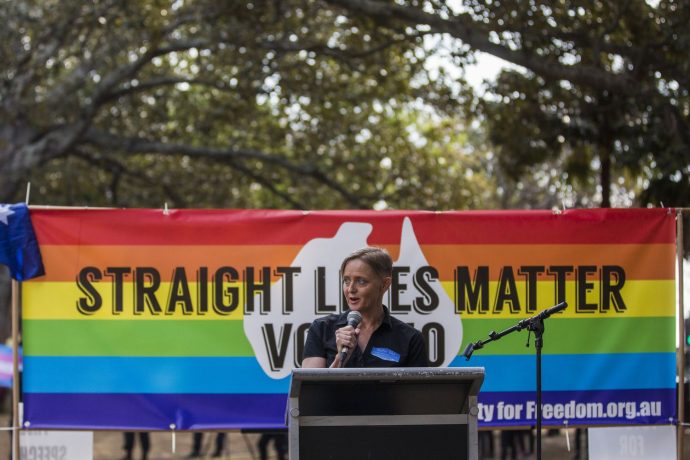 One of the speakers at the event, Cat Clayton, was one of the people behind the “VOTE NO” skywriter last week, and promised a similar stunt this week.

“We do have something happening, so keep your eyes on the skies,” she said. “Any day in the next few, I hope.”

Equality Campaign co-leader Alex Greenwich is part of a door-knocking campaign talking to people about the postal survey mailed out to Australians asking for their view on whether same-sex marriage should be legalized.

“It is so important for the marriage equality campaign that we do not get distracted by the people who are always trying to throw red herrings,” he told AAP. 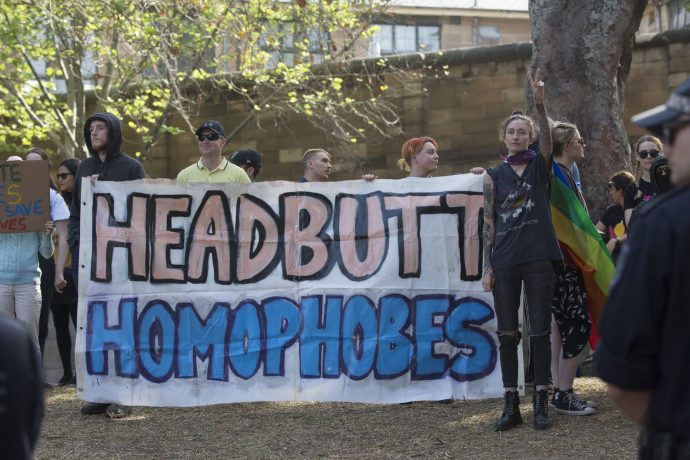 The low turnout for the “straight lives matter” event shouldn’t be surprising since two-thirds of Australians say they support same-sex marriage, but Party For Freedom was probably hoping for a bigger audience.

The same-sex postal survey is due back November 7.