Home Gay Life A ‘Straight Pride Parade’ With Straight ‘Floats’ May Be Coming To Boston... 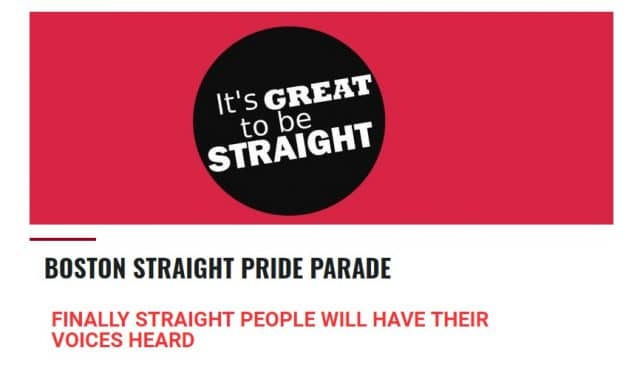 Ryan shared a screenshot of a message posted by one of the parade’s organizers, Mark Sahady.

It looks like the Boston Straight Pride Parade will happen. We filed a discrimination complaint and it appears the City of Boston understands they would lose in litigation. The city is now working with us on the parade. We will have the streets closed and be allowed floats and vehicles. The tentative date is 8/31 but will be finalized in the next few weeks. The proposed parade route is below. If you would like to come as an individual, march as a group, or bring a float or vehicle, then get in touch. This is our chance to have a patriotic parade in Boston as we celebrate straight pride.

He also shared a link to the parade’s official website, superhappyfunamerica.com. 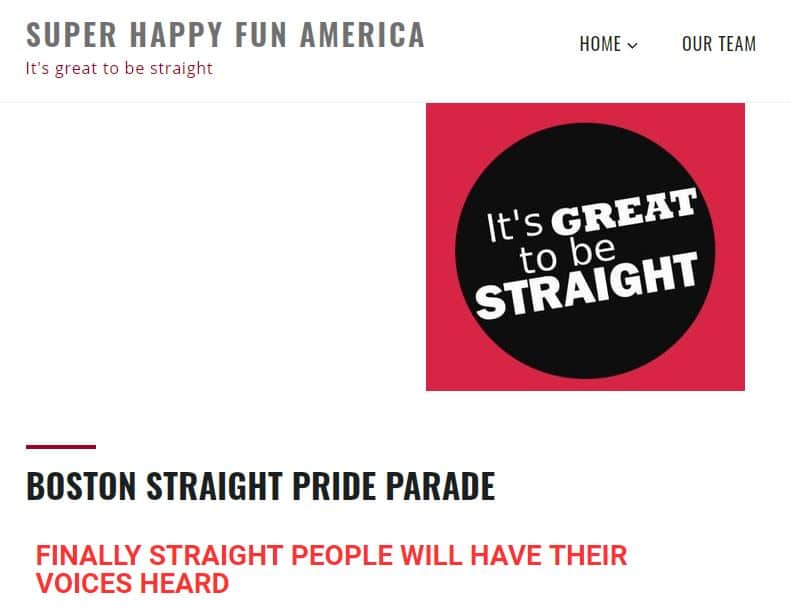 The site proudly proclaims that the Boston Straight Pride Parade will finally allow straight people to have their voices heard:

FINALLY STRAIGHT PEOPLE WILL HAVE THEIR VOICES HEARD

Super Happy Fun America invites you to celebrate the diverse history, culture, and contributions of the straight community!

The Straight Pride Event will be held to achieve inclusivity and spread awareness of issues impacting straights in Greater Boston and beyond.  It will be a one-day event consisting of a parade followed by a flag raising ceremony.

The site also features a quote by John Hugo, the President of Super Happy Fun America:

“Straight people are an oppressed majority. We will fight for the right of straights everywhere to express pride in themselves without fear of judgement and hate. The day will come when straights will finally be included as equals among all of the other orientations.”

are the straights ok? https://t.co/qlq1WUJ1Cf

Not coincidentally, the guy organizing the “Straight Pride” parade has a rich history:https://t.co/S3wT6g9S2h

I’m hetero, and this is hilarious.