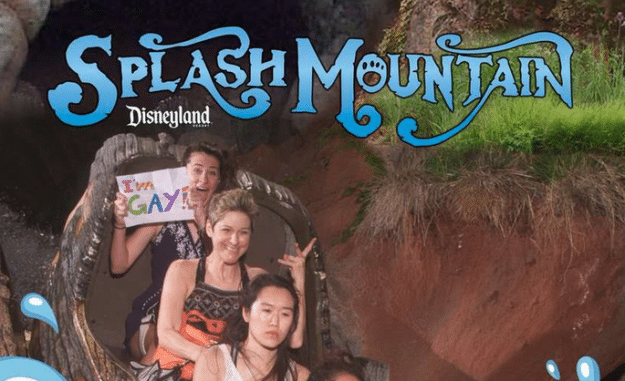 We have your daily dose of fun and coming out stories in this one post.

In the age of promposals and viral videos, a California girl named Gina thought of an interesting way to come out to her mother.

She decided to leave a surprise message for her mother to find after enjoying the ride on Disneyland’s Splash Mountain.

@ayydubs this is how I came out yesterday lolol pic.twitter.com/UqStjeZRyF

We only wish the daughter had documented the moment when her mother saw the picture after the ride. We’re sure that was a real “Gotcha” moment.

But despite the fun and creativeness of Gina’s coming out, a lot of people are, understandably, distracted because of the other riders.

Many people commenting on the original post couldn’t stop but wonder, “What’s up with the other girls?”

first one is asleep, middle one is sad

@DadandBuried @ayydubs Brilliant!! Why do some of the girls look so miserable??

you're awesome! Any idea why the three in the middle look so pissed off?

@doctorow @ayydubs you need friends that are more fun FYI

Despite a few distracting faces, we want to share our support of Gina and her mother. We hope the best for you two from here on out.