Adele’s mega hit “Hello” was chosen as a soundtrack of the video that tells us a very touching story of a lesbian love between two mature women. This video clip will definitely tug at your heart strings.

During the first week the album “Adele 25” was sold 3.4 million times. This fact made the album the first in the list of album sales in one week in the United States. Adele’s song’s popularity caused a great number of parodies and video clips.

However, except parodies, the song became the soundtrack to a social video movie. The director Sal Bardo filmed the black and white video that tells the story of an elderly woman who has to decide whether to leave her husband and family to be really happy with her first love – another woman she fell in love with decades ago.

Pure lesbian love and feelings are carried throughout the whole life… A very emotional and dramatic clip! 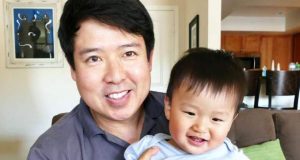 Nick Gayer
0
We’ve just discovered an adorable and fun documentary that will air in the near future. Margin Films has announced the upcoming release of the documentary... 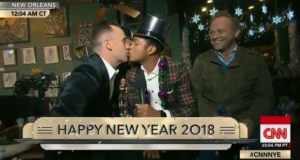 Nick Gayer
0
Having to work on New Year’s Eve is the worst – but CNN host Don Lemon was definitely making the best of it. The CNN...