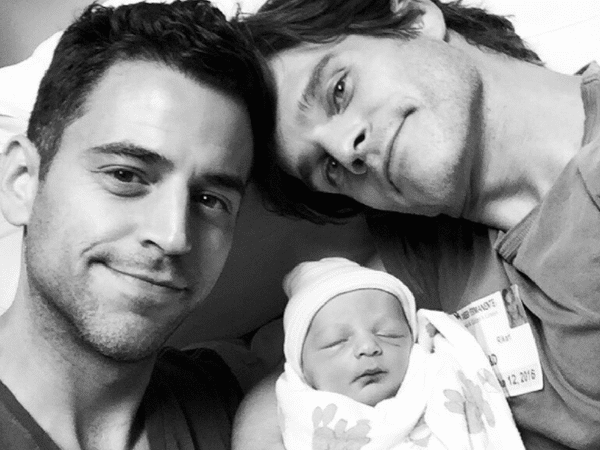 It’s been announced that ABC has greenlit the production of a new comedy. The series will be a merging of multiple groups such as the LGBTQ community, the South, and the Latin-American community.

The story will be about a Tejano, a Mexican-American living in Southern Texas, who moves back to be with his family. But the thing is, he moves back with a husband and baby.

This family story will be both something we’ve all seen before (meaning a “modern family” story), but also something with new and fresh twists to the recognized presentation.

And part of the reason that this story might hit home with viewers is because it already hits home with the creator.

As Deadline recognized, Rob Sudduth “was born and raised by a Latino family in Texas, and is married to longtime The Young & the Restless actor Greg Rikaart.” In addition, the two have since welcomed a baby boy into their lives and the world.

We fight hate, fear, bigotry, homophobia and injustice in the world with love, intellect and enlightenment. In the truest and most pure definitions of the latter words, it is with full hearts that Rob and I take great pride in introducing our son, Montgomery Argo Rikaart-Sudduth. He was born in Roseville, CA at 5:01pm on 6/12/16. He is light and love and magic. Monte, Rob, myself and Marcela, our trooper of a surrogate, are all doing fantastic.

The project was only just now greenlit, so we still have some time until we as viewers will get to see it. That said, we can have a little faith in the delivery because of the source material being so close to writer Sudduth’s heart.

In addition, Casey Johnson and David Windsor are the actual creators of the show and they have experience working with comedies such as Don’t Trust the B in Apt 23 starring Jessica Jones’s Krysten Ritter and The Real O’Neals.

That along with Rob Sudduth’s credits as a writer on The Real O’Neals, The New Normal, and the Red Band Society, we can breathe a little easier knowing the three have a significant amount of experience.

Though, we do have to be a little cautious because all of the earlier mentioned shows were canceled fairly early on.

In addition, we do have to wonder if they story will somehow incorporate Hurricane Harvey seeing as the location is Southern Texas. We’ll have to wait and see.