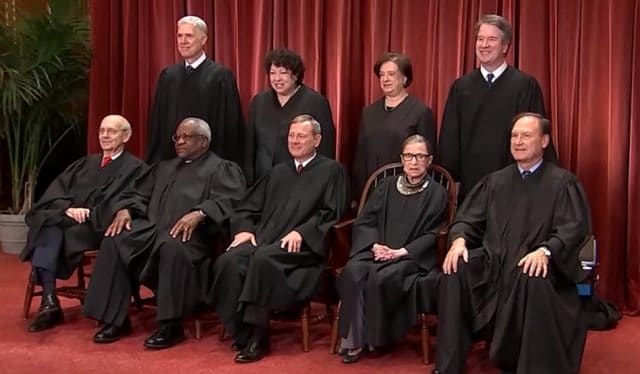 Chase Strangio, a lawyer with the American Civil Liberties Union, tweeted an urgent message to the LGBT community over the weekend.

“If you don’t know what is happening on October 8th I urge you to find out,” Strangio posted on Sunday.

“It will be one of the biggest days in LGBTQ legal history and we have a lot to do to prepare. Our fight is at SCOTUS. Our lives on the line. Don’t look away,” he added.

The tweet is referring to the fact that the nation’s highest court is set to hear oral arguments on three separate court cases that involve anti-LGBTQ+ discrimination in the workplace and whether such discrimination is prohibited under existing federal law, reports The Washington Blade.

Although about half of all LGBTQ+ people in the U.S. are protected from employment discrimination at the state level, no such protections exist at the federal level. Title VII of the 1964 Civil Rights Act expressly “prohibits employment discrimination based on race, color, religion, sex and national origin,” and “sex” in this clause has long been understood to cover sexual orientation and gender identity. But the Trump administration has sought to ignore this, pushing to more narrowly define sex as binary, assigned at birth, and totally immutable.