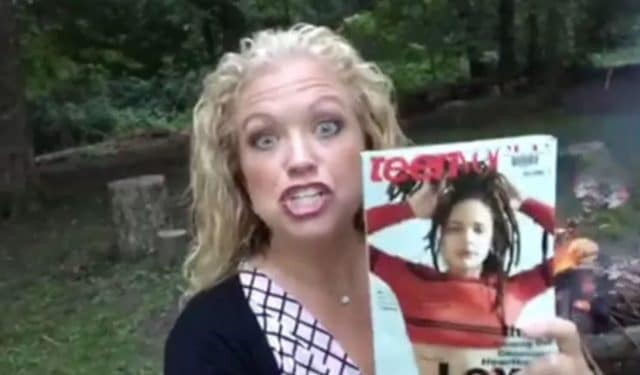 Anti-LGBTQ activist Elizabeth Johnston, who goes by the online persona “Activist Mommy,” launched a hate-filled phone campaign that succeeded in getting a branch of the Jacksonville, Fla., Public Library to cancel a queer-inclusive prom at the venue over concerns for the teens’ safety, reports WJAX.

Over a hundred local students had signed up for the Storybook Pride Prom at the Willowbranch Public Library.

The announcement for the prom for teens 14-18 read, “To celebrate National Pride Month, LGBTQ teens are invited to create their own ‘happily ever after’ at The Storybook Pride Prom! Come dressed inspired by your favorite book character — casual, formal, or in drag — whatever makes you feel great. Be you!”

But the event quickly came under attack from online conservative activists like Johnston, best known for her YouTube tirades against LGBTQ people, feminists, and Muslims, who shared the library’s phone number on her Facebook page and urged her followers to “express your disgust that this perversion is taking place in a taxpayer-funded library!”

“For all the sensitive stomachs out there, I apologize for the graphic pictures,” she added in her Facebook post along with photos of the drag queens who were slated to appear at the prom. “I selected milder ones for you. If these perverts are going to come after children, I have to expose it! I know it ain’t pretty!”

Jacksonville Public Library wrote on its Facebook page that “the library is not confident that it will be 100% prepared to provide a safe, secure environment for customers, staff, volunteers, contractors, protestors and active supporters, and most of all for the teens themselves.”

Chris Boivin, assistant director of community relations and marketing at the library, said that the library received hundreds of phone calls and messages on Facebook about the event.

Boiven said that there are currently no plans to reschedule the event.

Raymond Johnson, the founder of Biblical Concepts Ministries, also joined Johnston in her campaign of hate against the library.

Johnson sent an email alert to his followers calling on them to contact city officials to get the LGBTQ teen event canceled.

Jacksonville resident Mark Nelson told the Times-Union that he called the library after he saw Activist Mommy’s call to action.

“The drag queen world should not be presented to our children or teenagers in a public space like a library,” he said.