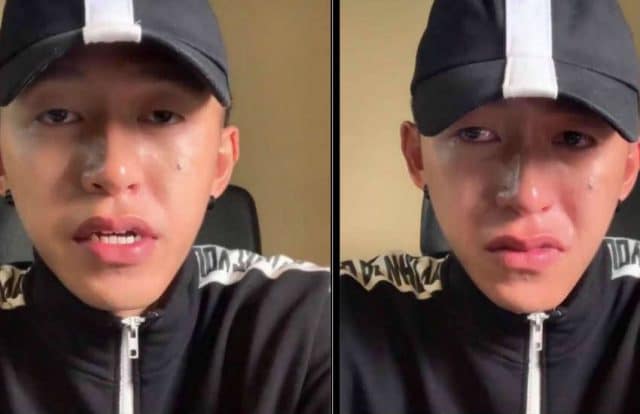 Actor and singer Tosh Zhang has decided to step down as Pink Dot 2019 ambassador following a Twitter controversy.

Zhang had been appointed an ambassador for the biggest LGBTI event in Singapore on 15 May. The event will take place on 29 June.

The announcement was met with public outcry over the actor’s past anti-LGBTI attitude.

After the appointment, Zhang’s old homophobic and sexist tweets resurfaced. The tweets dated back to 2010 until 2013.

In the messages, he targeted gay and lesbian people, using slurs and making sexist remarks.

In one tweet, Zhang tweeted that he is ‘OK with gay guys…until they hit on [him]’. 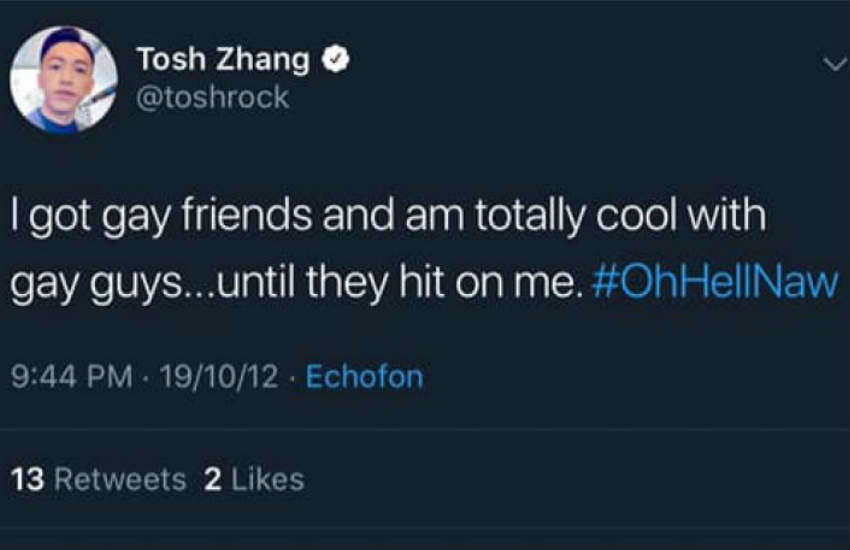 In another tweet, he slut-shamed girls who ‘dress+behave like a slut,’ saying that it’s ‘human nature not to appreciate what is obtained too easily’. 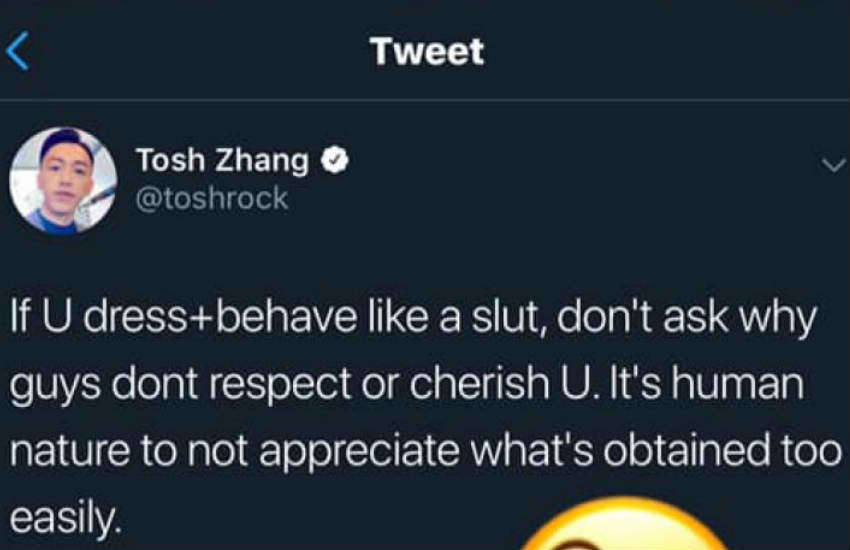 On 18 May, he posted a video on Instagram explaining he will no longer be the event’s ambassador.

‘I will continue to stand and speak up for true equality and positive change,’ he captioned the post.

‘Thank you to everyone who stuck by me and sent me words of encouragement. I’m sorry and I love y’all,’ he also wrote.

A visibly emotional Zhang explained he doesn’t want to be a ‘distraction’ to the event which should focus on the love and LGBTI community.

‘I know in my heart that I’m no longer a person from a decade ago,’ he also said.

He then apologized for the people he has hurt with his old tweets.

‘I hope you guys will judge me for the man that I grew to be, and not the boy that I used to be.’

WATCH: These Singaporeans don’t realize the people they’re talking to about LGBTI rights are LGBTI