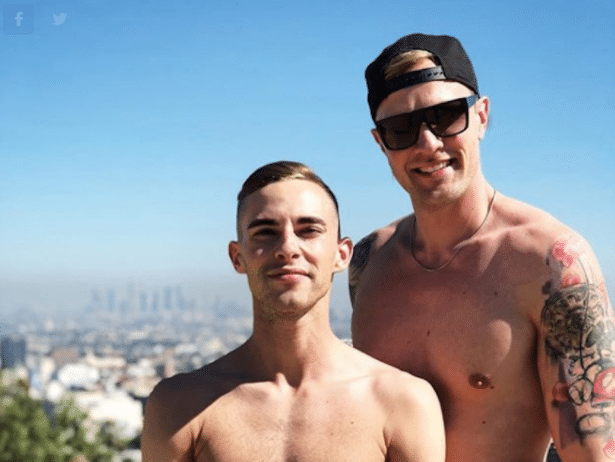 Adam is no longer a free agent guys…

Adam Rippon has found himself a new boyfriend.

The team USA figure skater won over the world at PyeongChang Olympics with his carefree attitude and witty banter.

It’s been no secret that Adam’s been hot single property either (just ask Sam Griesman, the son of Sally Field).

Adam Rippon and his new beau

He explained the pair had been ‘talking for the past seven months before they recently “started to hang out a little bit more,’ to PEOPLE.

‘Now that I’m even busier, I thought it was a better time [for us] to hang out.’

Adam and Sam hit the headlines when Sally, who won the Best Actress Oscar for Norma Rae, tried to set them up.

The Lincoln star’s son shared screen grabs of texts between the two, in which Sally said: ‘Sam… he’s insanely pretty. Find a way.’ Sally then retweeted the exchange, tagging Adam.

Adam initially addressed the attempted set up by saying: ‘Sam, your mom — I admire her. And I’m sure one day we’re going to meet! So thanks, mom.’

Adam of course shot to international fame after winning a Bronze medal as part of the US figure skating team at the Winter Olympics.