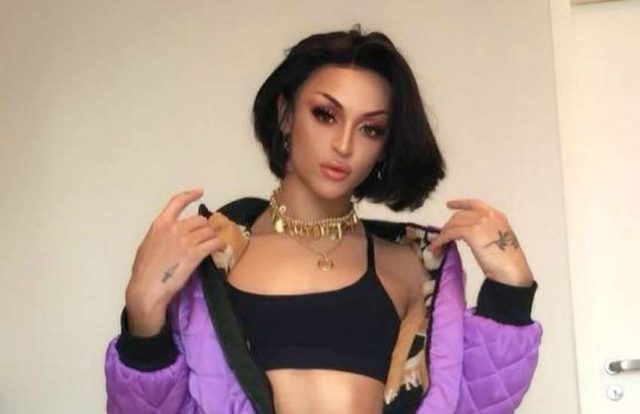 Adidas Brazil’s Pride campaign, which features a drag queen, was slammed by queerphobes, but the brand fought back.

Although a wave of transphobic and homophobic abuse followed, the account’s social media team owned them with some sassy slams.

The shoot featured Vittar in a knotted crop top and high-waisted shorts wearing adidas’ Pride flag kicks. Alongside wearing a vest with the adidas Trefoil logo in a multi-colored outline.

However, the comment section was quickly clogged with homophobic and transphobic criticism.

Though the backdrop of the shoot was half pastel pink and baby blue, dreamily blurring into one another with Vittar in the center, anti-LGBTI folk took offence and announced a boycott of the brand.

One user, called Caio, wrote: ‘Just Nike from now on.’

To which Adidas Brazil hit back: ‘Thanks, Caio. Luckily, you can make choices and not be bothered by anyone.’

Moreover, only recently did . Replete with rainbow trainers in a touching tribite to Gilbert Baker’s original Pride flag.

As one other user suggested: ‘He might have to walk barefoot.’

Adidas Brazil then commented: ‘And I say more of you bitches […], with every silly comment on this beautiful portrait, we’re going to throw a new picture of Pabllo Vittar on our channel.’

One other transphobe asked said: ‘Is it a man or woman?’

Which Adidas sassily responded: ‘It’s for those who are not lame.’

Another user, called Renato, said: ‘I love Adidas, but I hate this guy, I’ll think again about buying Adidas.’

‘But why hate someone, Renato? the brand hit back.

, who has photographed for Vogue Brasil, Marie Claire Brasil, and Elle Brasil, was behind the lens.

As a child growing in, Maranhão, in northeastern Brazil, a bully threw hot soup over his face.

But years later, Vittar would blossom into one of the most celebrated voices in Brazil’s LGBTI community.

From singing covers of songs at family parties and joining the choir at church at a kid, to performing with Fergie and Major Lazer.