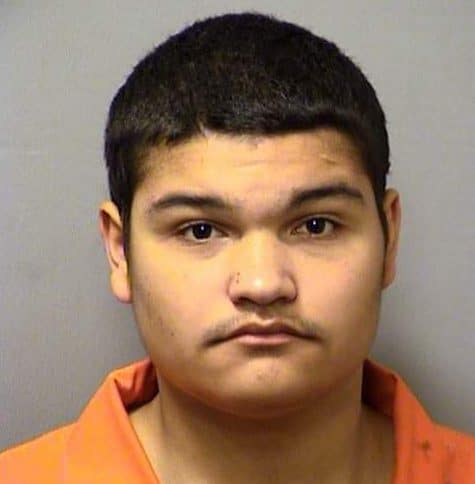 16 year old Jordan Marin-Doan has been charged as an adult with murder, arson and auto theft. He allegedly wanted to kill his adoptive parents, who are gay, so “he could get a cell next to his biological father in prison.”

He was arrested on Saturday in connection to the fire that killed one of his adoptive fathers, 45 year old Jason Doan, last Thursday.

His husband Alan, were awoken find a fire blocking their exit. Jason was able to get Alan and their other two adoptive kids out of the house in safety, but he succumbed to the flames and smoke inhalation.

“He saved me and my kids,” Alan said. “He gave his life for us, making sure we were OK. He got me out with my kids and told me to take them to a safe place. That was his priority — our kids — making sure they were safe.”

After they escaped, Alan realized his adoptive son Jordan was missing as was their Jeep. Jordan was taken into custody two days after the fire.

There had been a history of Jordan’s behavior in the past, with claims made by Alan that he threatened to kill everyone in the house. Per The Indy Channel: As of Tuesday evening, an initial hearing for Marin-Doan in adult court had not yet been set.