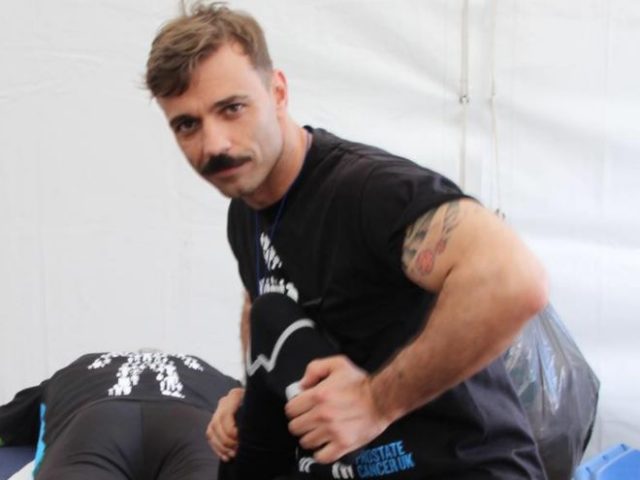 Pedro Aunión Monroy, 42, died on Friday after falling 100 feet to his death at the Mad Cool Festival in Madrid. The acrobat had been warming up before a set by Green Day and fell from his harness.

But while more than 34,000 people witnessed the tragic moment, it’s the beautiful message Monroy left his boyfriend with that has the world talking now.

“I can’t wait to see my beautiful boyfriend. Love, come to my arms!” he wrote Thursday on Facebook.

Monroy was the director of In Fact, a London theater company.

Despite his death, the Mad Cool Festival went on as scheduled “for security reasons”.

“We would like to publicly express our absolute grief and desolation regarding the incident that happened yesterday while choreographer, dancer and workmate Pedro Aunión was performing,” organizers said in an official statement.

“We would like to express our love and support to all his family and friends at this hard and devastating time.”

Green Day also went ahead and performed after the tragedy, but according to the band they were unaware of the incident.

We just got off stage at Mad Cool Festival to disturbing news. A very brave artist named Pedro lost his life tonight in a tragic accident

The festival held a memorial for Monroy on Saturday.