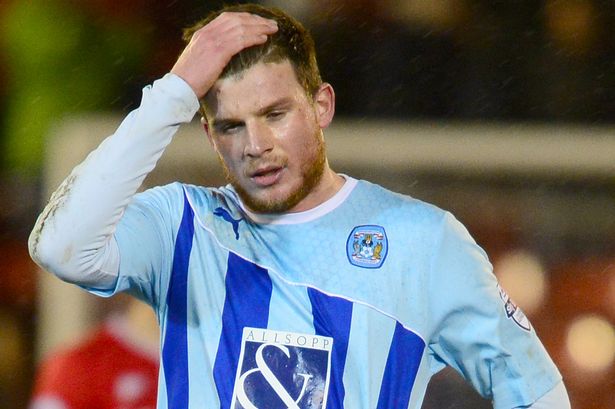 25-year-old, football player Chris Stokes has posted a homophobic tweet after watching a football game between Chelsea and Tottenham on Monday night.

The tweet said: “This games [sic] embarrassing to watch! Bunch of faggots,” but Stokes claims that he had no idea about the homophobic meaning of the word ” faggot.” After receiving negative commentaries, the footballer deleted the tweet and wrote:

“I’d like to apologise for a term used in an earlier tweet. I didn’t realise what the term meant and was shocked when people pointed it out.”

“It’s unacceptable and it won’t happen again, I am very sorry if I’ve caused offence to anyone.”

Chris Stokes is a defender for League One club Coventry City. His club said that will investigate the incident and released a statement about it.

“The club will have an internal investigation into Chris Stokes’ behaviour on social media and his use of the term.
“The club would like to stress that it is completely unacceptable for any of our players or staff to express such remarks at any time.

“Coventry City FC expect the highest level of professionalism from our players as we’re a family club and we want our players to act as role models in the Coventry and Warwickshire community.
“We will work with organisations such as Kick it Out and Football v Homophobia to help educate Chris and the squad on why this term is unacceptable to make sure this doesn’t happen again in the future.”

Stokes feels sorry for what he has caused and apologised in a longer statement, saying that he’s not homophobic:

I'd like to apologise for a term used in an earlier tweet. I didn't realise what the term meant and was shocked when people pointed it out.

“I’d like to apologise for any offence I’ve caused.

It's unacceptable and it won't happen again, I am very sorry if I've caused offence to anyone.

“It was a brainless moment from me and I’m really disappointed in myself for using that term, I’m not homophobic at all.
“However, I know it is not acceptable by any means and I’m really sorry to any of our supporters or anyone in the wider public who have been offended by the remark.”