President Trump on Wednesday unveiled the first renderings of a redesigned Air Force One, featuring colors remarkably similar to those on his own private jet, reports The Washington Post.

The president revealed several mock-ups of the proposed changes to ABC’s George Stephanopoulos during an Oval Office interview.

President Trump has repeatedly expressed a desire to replace the traditional baby blue and white exterior with a fresh design.

“There’s your new Air Force One,” he said, holding up the drawings. “And I’m doing that for other presidents, not for me.” 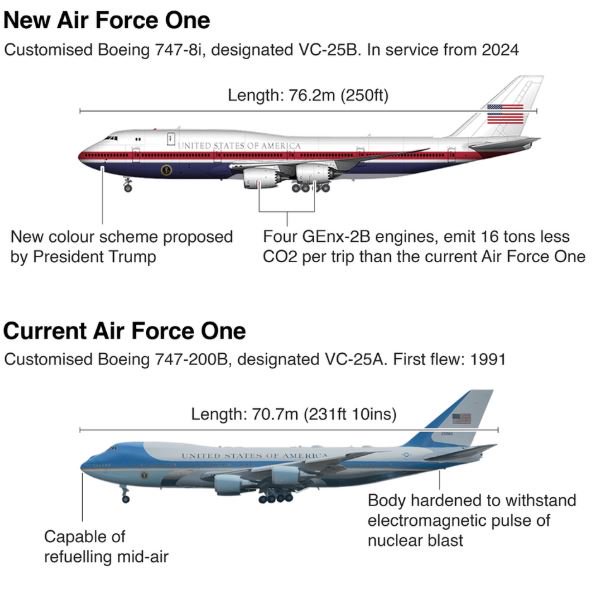 The new design, which Trump said he came up with himself, would have a white top half, blue bottom third and red streak down the middle.

The Post notes: “The mock-ups swap out the current sky blue and white for a color scheme that includes white, red and dark blue — in nearly identical shades that appear on the jet in which Trump used to fly around the country during his 2016 campaign. The colors are inverted on the Air Force One design, with the white on top and dark blue on bottom.”

The new planes are set to be delivered by the end of 2024.