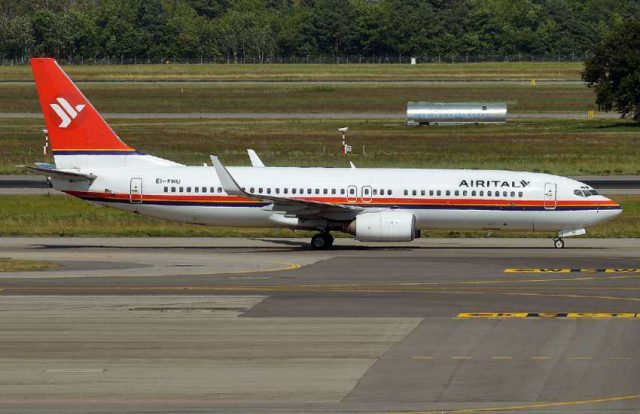 Italian airline Air Italy is giving its passengers a third gender option when booking a flight.

The 2018-founded airline is following in the footsteps of American and Australian companies, as well as British Airways, offering a non-binary gender option.

Starting from today (7 June), customers will be able to select M (male), F (female) or X (other). The latter will correspond with gender-neutral passports.

Air Italy is the second largest airline in Italy after the country’s flag carrier Alitalia. It is, however, the first airline in mainland Europe to adopt a new set of best-practice standards for carriers.

The airline has already introduced the title Mx for those who identify as non-binary or genderqueer. Moreover, they are working with Italy’s biggest LGBTI advocacy group on other initiatives.

‘Air Italy is determined to lead the industry in inclusivity, and we are so proud to be the first European airline to offer these inclusive booking options for our customers,’ said Rossen Dimitrov, Air Italy Chief Operating Officer.

‘Air Italy’s brand tagline is, “Imagine the world differently”. Within this is a vision that embraces every manifestation of freedom, inclusion, the acceptance of diversity and striving for progress.’

He furthermore added: ‘Our introduction of non-binary options on our website is therefore another demonstration of these important values.’

‘We are proud to cooperate with Air Italy, the first carrier in Italy to decide to make its airline inclusive and its aircraft welcoming places for all people,’ General Secretary of Arcigay Gabriele Piazzoni said.

‘The decision of a first-tier airline like Air Italy to invest resources and time to focus on inclusivity, is a positive example that we hope is followed by others.’

Piazzoni also said: ‘The civil progress of a country depends not only on its laws, but also by the way in which the private sector puts in place anti-discrimination initiatives that take into consideration the many differences that exist.’