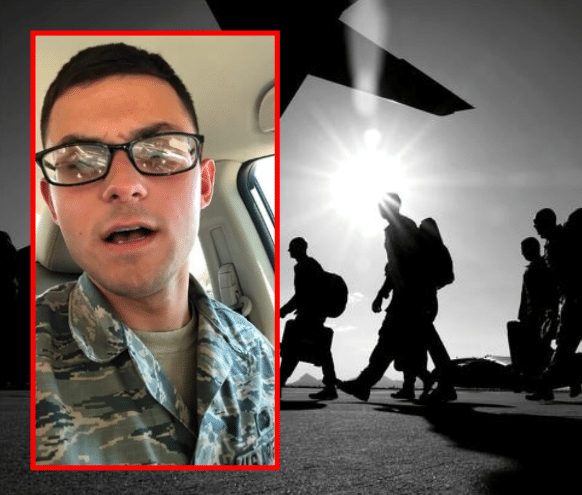 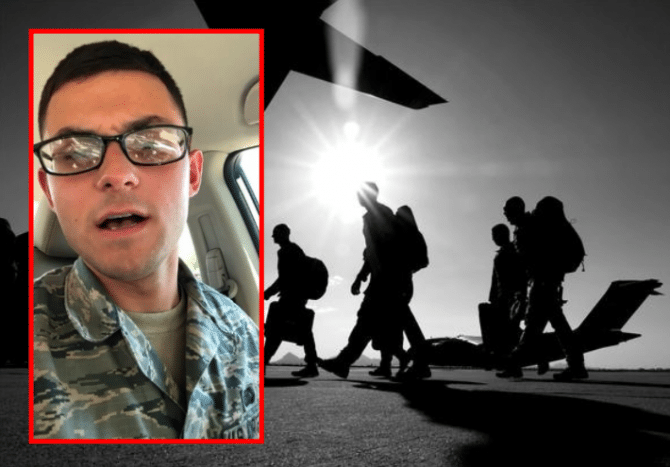 The Air Force says it is investigating an airman who posted a series of videos of himself calling gay people “cockroaches,” “pedophiles,” “sodomites,” and “vermin scum,” among other antigay slurs.

“The sodomites, the homos, they do all their filthy acts in the dark of night where no one can see them,” the airman, who has not been identified but who was wearing his uniform in the videos, said.

“When you get these perverts on their own, they flee like cockroaches, like the roaches they are, the vermin scum, the pedophiles that they are.”

The airman posted the videos to YouTube under the username “Baptist Dave 1611” last week before taking them down a few days later.

In one of them, he voiced his support for Grayson Fritts, the cop/Baptist preacher from Knoxville, Tennessee who was caught earlier this month advocating for police to kill gay people.

In that video, the airman claimed most Christians agree with Fritts, but are too afraid to say anything for fear of the “homo mafia.”

In another video, the airman attacked parents who bring their children to “drag queen story hour” events at public libraries, accusing them of child abuse.

“If you’re making your son, for example, dress up as a woman and go dance at a sodomite bar, that’s hip, that’s cool, that’s trendy,” the airman said. “But if you just believe the Bible, and you take your kid to church, that’s child abuse, right?”

Air Force spokesperson Ann Stefanek issued a statement confirming the situation is being reviewed by the airman’s command team.

“The Air Force considers diversity to be one of our greatest assets; therefore, every airman is expected to treat each other with dignity and respect,” said Stefanek. “We do not tolerate behavior that is contrary to those values.”

Meanwhile, the Modern Military Association of America, a non-profit that advocates for LGBTQ service members and veterans, issued a statement calling the videos “alarming” and “dangerous” and demanding the Air Force hold him fully accountable for his actions.

“This alarming call for the execution of LGBTQ people by a service member in uniform no doubt adds fuel to the fire of those who wish us harm,” said MMAA Executive Director Andy Blevins.

“What this airman did is blatantly illegal under the [Uniform Code of Military Justice], and he has disrespected his uniform, the United States Air Force, and the military as a whole.”

Blevins continued, “The dangerous message this hate speech sends to those he serves with, including service members who may be LGBTQ, is completely unacceptable and could have severe consequences.”