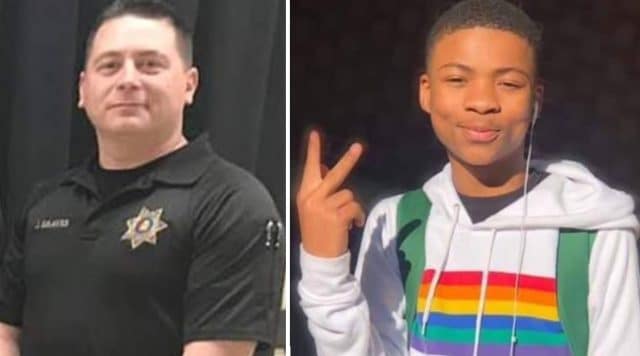 An Alabama deputy who resigned after making homophobic comments in response to the suicide of an Alabama teen has been hired in the next town over.

Deputy Jeff Graves stepped down as a sheriff’s deputy from the Madison County Sheriff’s Office after posting comments in an article about 15-year-old Nigel Shelby, who died by suicide after being bullied about his sexual orientation.

“Liberty, Guns, Bible, Trump, BBQ. That’s my kind of LGBTQ movement,” Graves wrote in a now-deleted post on a Huntsville news station’s post about the teen’s passing. “I’m seriously offended there is such a thing such as the movement. Society cannot and should not accept this behavior.”

Graves was cited for multiple violations of sheriff’s office policies and was put on administrative leave pending an investigation.

“The Madison County Sheriff’s Office mission is to serve ALL citizens of Madison County, regardless of their gender, race, religion or sexual orientation,” said Sheriff Kevin Turner in a statement at the time. “We must be able to serve and protect everyone without hesitation, and if we don’t have the community’s trust we can’t succeed in our mission.”

This week, however, it was announced that he had been hired as an officer with the nearby Owens Cross Roads police and will start work on Monday.

Dobbins said he believed Graves was remorseful for his prior statements and didn’t think he would exhibit bias against members of the LGBT community.

“He’s an officer here,” he told WAAY.” We feel he will be a good addition to the department.”

Newsweek notes that in the original comment thread, Graves insisted his opinions were protected by the First Amendment. “Freedom of speech,” he wrote. “It’s my right to disagree.”