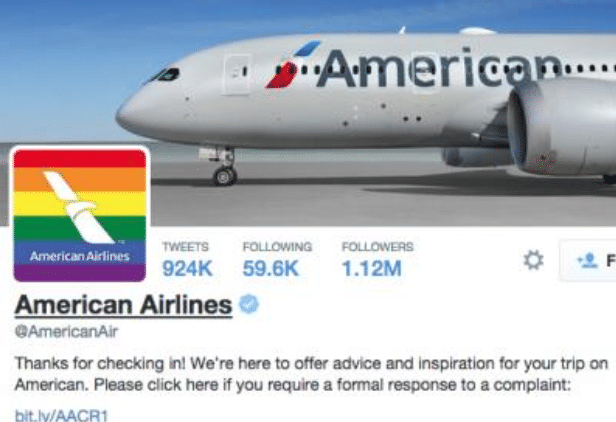 American Airlines is just one of the companies that has taken a public stance in support of LGBTI Pride Month in the US – even if its stance has not been welcomed by all its customers.

At the beginning of the month, it changed its logo to feature a rainbow background, and included the new logo on all its social media accounts.

The response has been largely positive. Many of its own employees expressed delight at the move and said how proud they were to work for the company, although some of its Facebook page followers expressed displeasure.

Yesterday, whoever runs the American Airlines Twitter account had a short and blunt response to one customer disgruntled by the fact that the company had adopted the rainbow flag for Pride Month.

The exchange began when Nathan Lorick, who, according to Buzzfeed is the director of evangelism for the Southern Baptists of Texas Convention, sent a tweet criticizing the airline’s punctuality.

The exchange was screen grabbed by Twitter user Samantha Allen. 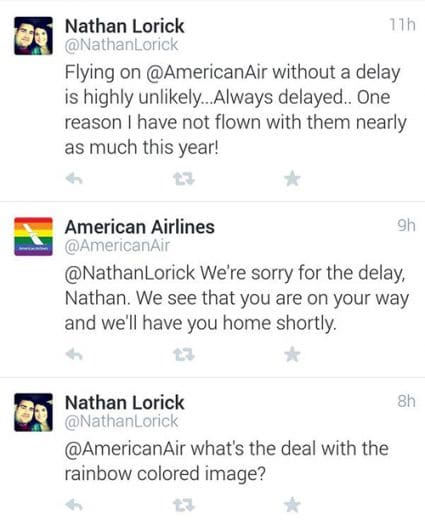 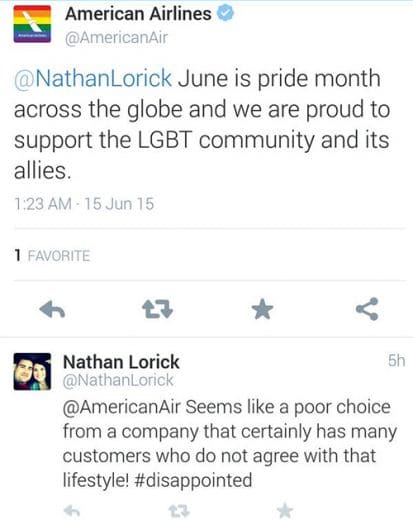 American Airlines has just under 60,000 employees. Headquartered in Fort Worth, Texas, the airlines scored the top ranking of 100 in the Human Rights Campaign’s most recent Corporate Equality Index – which evaluates company’s according to their gay-friendly policies and credentials.